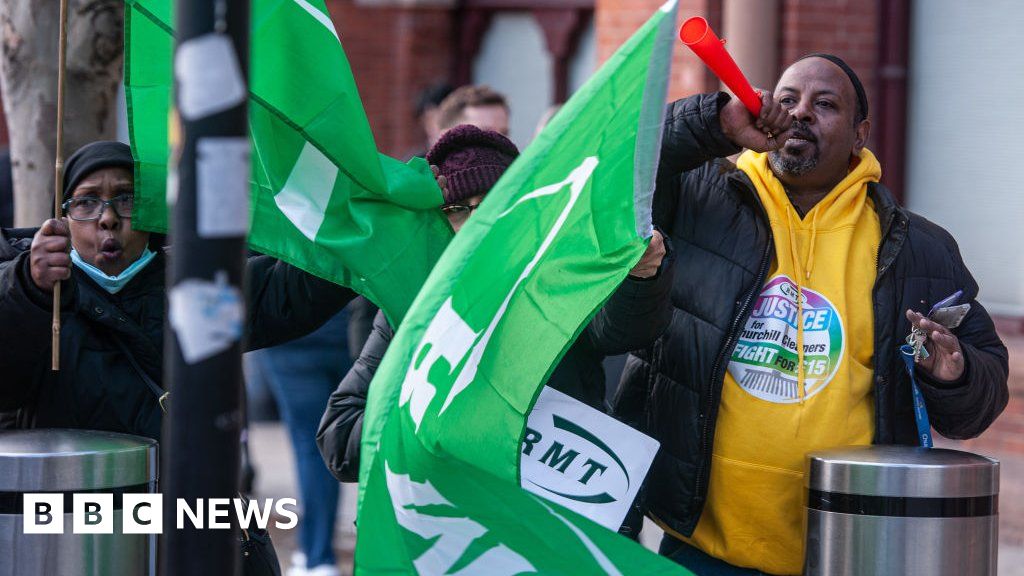 How much are drivers paid?

The median is an average figure - if you put all drivers in a row in order of their pay, the median wage would be what is earned by the person in the middle of the line.

The trouble with using the figure for train drivers in a debate about the strikes is that the drivers are represented by their own union, Aslef, which says that 96% of train drivers in England, Scotland and Wales are its members, and most of the remaining 4% are not union members at all.

Aslef will not be taking part in the national strike, although they have action of their own taking place at the same time, with drivers at Greater Anglia striking on 23 June. A strike on Hull Trains on 26 June has been cancelled. Aslef are also balloting for action on several other lines.

We asked the Department for Transport how they had got to this figure and they initially said they had taken the median figures from the ONS for four categories of workers, added them up and divided by four:

This wouldn't have produced a median figure and the DfT subsequently got in touch to say they had actually got the figure from the ONS, which had produced a genuine median figure (£43,747) across everybody in those four categories and a fifth - rail and rolling stock builders and repairers. They are the people who build and repair engines and carriages - median salary £46,753.

The RMT union says the figures used by the government are too high because they include train drivers who are almost all represented by a different union and not people like station cleaners who are not categorised in official figures as rail workers.