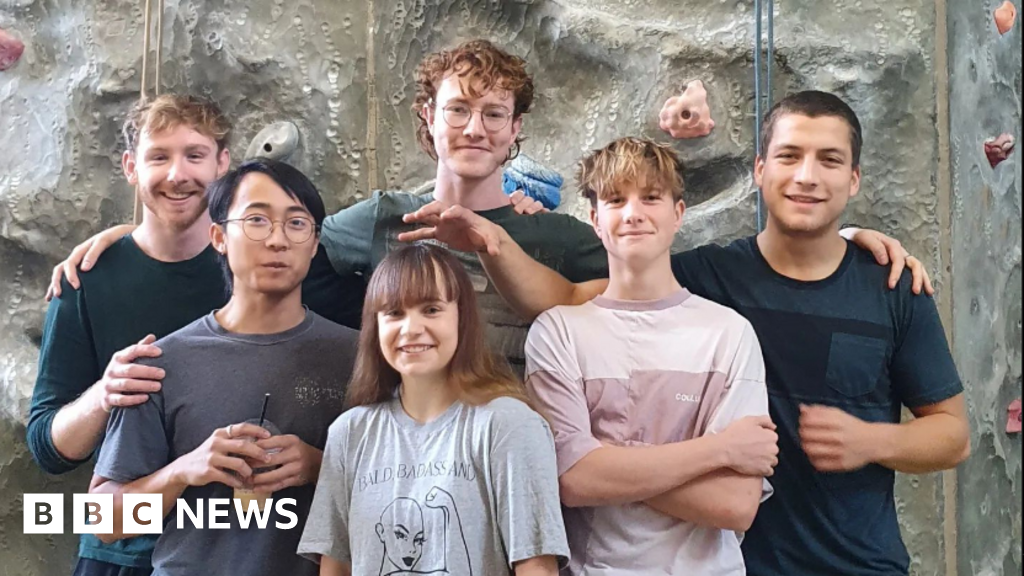 A student who was diagnosed with alopecia said she was "emotional" after members of her university sports team held a head-shaving fundraiser. N﻿ina Hatton-Perkins developed the autoimmune condition while studying biology at the University of East Anglia (UEA) in Norwich. T﻿he 20-year-old, from Belper in Derbyshire, is president of the university's climbing club and was supported by it members. "I didn't realise how much people would care," she said.

M﻿s Hatton-Perkins has Alopecia Areata, external which causes cells from the immune system to gather around hair follicles and attack them, stopping the follicles from producing more hair. S﻿he said: "When I first started finding bald spots on my head, I had a panic attack and went to the GP in floods of tears." She said her my mum drove from Belper to come and collect her from Norwich and she "spent a week at home crying constantly". "It was really bad, but my parents stood by me and were supportive," she said.

At the end of October M﻿s Hatton-Perkins and the UEA Climbing club members ran a head-shaving fundraiser for the charity Alopecia UK. She said: "I thought that only one of the other members was going do it with me, but then it turned out seven other members joined, and more and more people got involved with it as it was happening. "It was really emotional for me. "Losing your hair is such a big thing for a woman to have to go through because of society’s pressures and beauty standards. "For people to be so genuinely aware of that and supportive, and say it doesn't matter, was great. "I feel so much happier as well since I've shaved my hair off." The head shaving event raised £1,050 for the charity. She said she would now focus on her studies. "I can't let this change in my life affect how my degree turns out," she said.