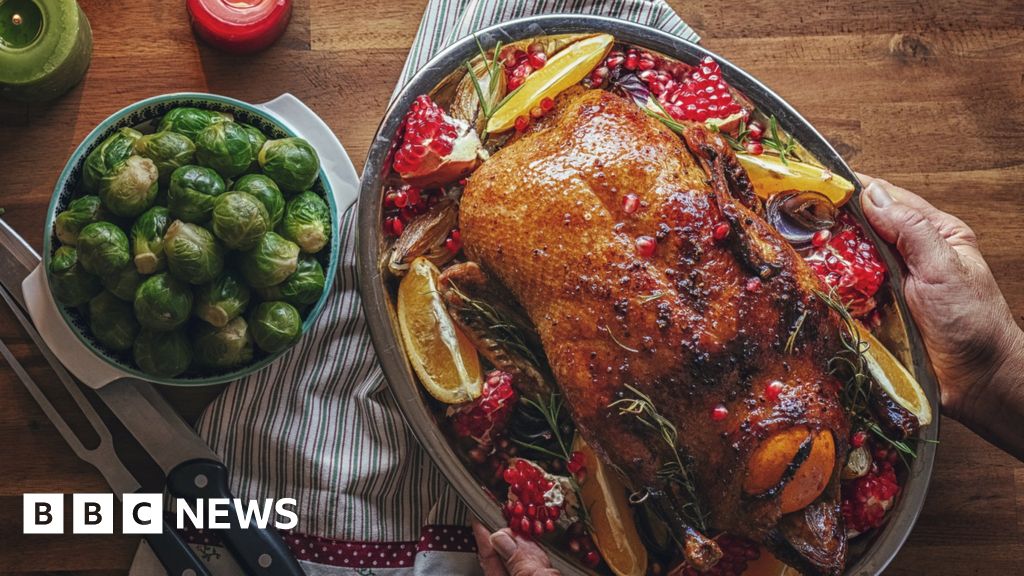 There could be a shortage of turkeys for your Christmas dinner this year - and it's being blamed on bird flu and rising living costs.

Around 10 million turkeys are eaten in the UK each Christmas, but increased production costs are making it harder for farmers to rear them.

The birds have also been hit hard by avian flu this year, with the UK in the grip of its longest ever outbreak.

"There is definitely going to be a reduced production of turkeys for Christmas," Michael Bailey, turkey group chairman at the National Farmers' Union of England and Wales, tells the BBC.

"I know of several, smaller turkey farmers who are not going to do turkeys this year.

"There's other larger producers who have decided to cut back - some by 50%, some 20%, just to reduce the risk."

There are two things that could drive up turkey prices this Christmas. Firstly, because farmers are rearing less turkeys this year, there will be greater demand and smaller supply.

'Costs have gone through the roof'

Farmers, like Michael himself, are having to pay more to feed turkeys. The cost of wheat - a key ingredient for feeding flocks - has risen due to the war in Ukraine which has caused knock-on supply chain issues.

"Wheat has gone from around £150 a tonne a year ago, to around £300+ a tonne. That's your main feed for turkeys, so the cost has gone through the roof," says Michael.

It also looks like you'll be paying more for the trimmings to accompany Christmas dinner, as food bills are set to soar by £380 this year according to research firm Kantar.

UK farmers are also facing the largest and longest ever outbreak of bird flu. Over 120 cases have been confirmed across the country since October 2021 - according to the UK government.

Other factors aren't helping, like the shortage of seasonal workers to prepare the turkeys for Christmas. Farmers are blaming Brexit and the pandemic for staff shortages, and want the government to do more to help.

"Avian Influenza is devastating to poultry businesses. Last year's outbreak, the worst on record, did not materially affect the supply of turkeys, but we continue to engage with industry to offer support and guidance", a Defra spokesperson says.