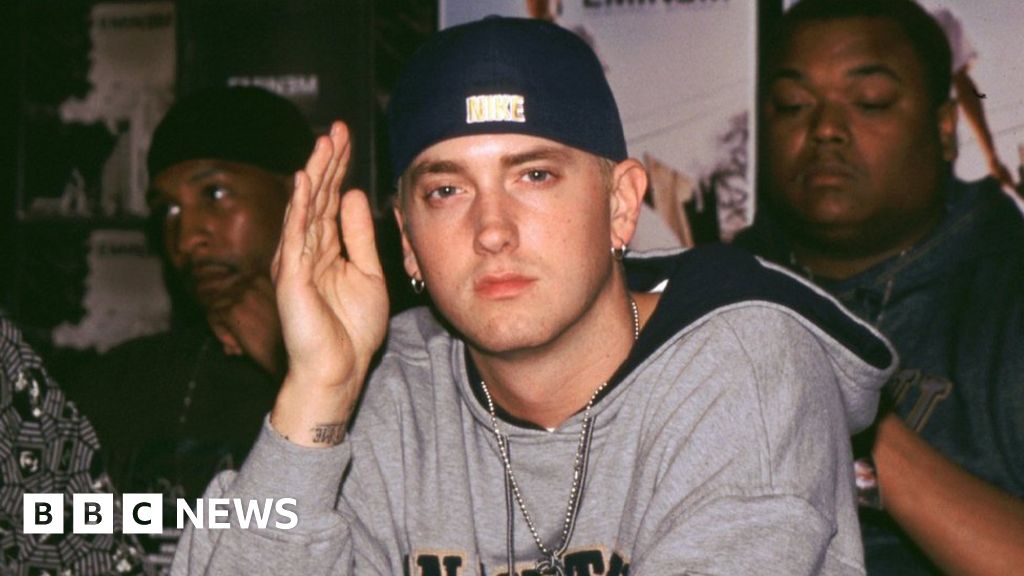 Kirk, whose game State of Emergency was released by Rockstar, says the Housers had been talking about a movie tie-in around the time GTA 3 took the world by storm.

Released in 2001 on Playstation 2, the pioneering title laid the groundwork for the rest of the series and the imitators that would follow.

He had also just wrapped shooting on his starring role in 8 Mile - a semi-biographical film loosely based on his early steps into rap.

Kirk tells the podcast he tracked Sam Houser to a hotel, where the two stayed up late to discuss the possibility of making a GTA movie.

"I think at that point it was still in Sam's mind that it might be something that he wanted to do," Kirk says.

Kirk recalls: "He said 'Kirk we've got Eminem to star, and it's a Tony Scott film - $5m on the nose. Are you interested?'

"And I phoned up Sam and I said 'Listen to this. They want Eminem in the Grand Theft Auto movie and Tony Scott to direct'.

And that is the last time, as far as Kirk is aware, that either brother discussed GTA coming to the silver screen.

"They realised that the media franchise that they had was bigger than any movie that was going on at the time," Kirk says.

GTA has gone on to become a cultural juggernaut and in 2018 was declared the most profitable entertainment product of all time.

The studio finally confirmed this year that GTA VI was in development - and Rockstar's suggested gamers could be playing it by 2024 or 2025.