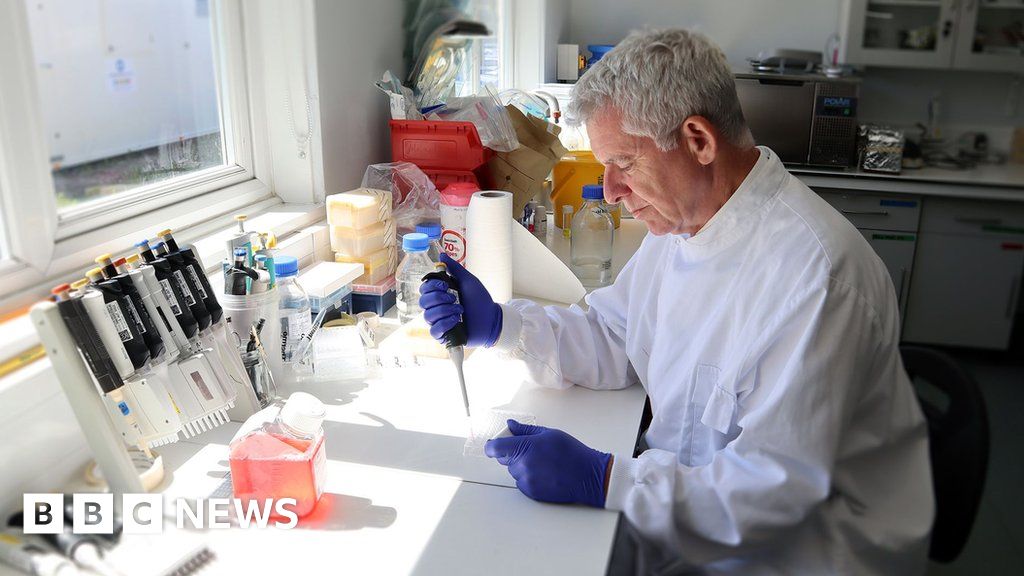 The researchers will also be tasked with finding out why the current virus strain has led to a longer outbreak and why some birds, such as ducks, are resistant to some strains.

But the government's top animal virologist, Professor Ian Brown, Head of Virology at the Animal and Plant Health Agency (APHA), which leads the consortium, told BBC News: "There are vaccine candidates prepared against all these emerging strains in poultry should one of them make that successful jump to humans.

"They are changing on an almost continuous basis. The concern is that we want to make sure they don't change into a form that is more infectious to humans.

Public spending watchdog the National Audit Office said last week that the poor state of APHA's main laboratory in Weybridge could undermine the fight against animal diseases like bird flu and that delays to its rebuild could limit the UK's response to another disease outbreak.

The news of the research was welcomed by Leicestershire egg producer and packer Phill Crawley. His farm of 550,000 hens was hit by bird flu in November - 90% of birds in one shed died within four days; the rest had to be culled.

"I have never ever seen anything like it. The APHA were overwhelmed by it. I am not dissing them on that - this has been the largest outbreak the country has ever seen. I don't honestly believe anyone could have prepped themselves for an outbreak of this magnitude," he told BBC News.