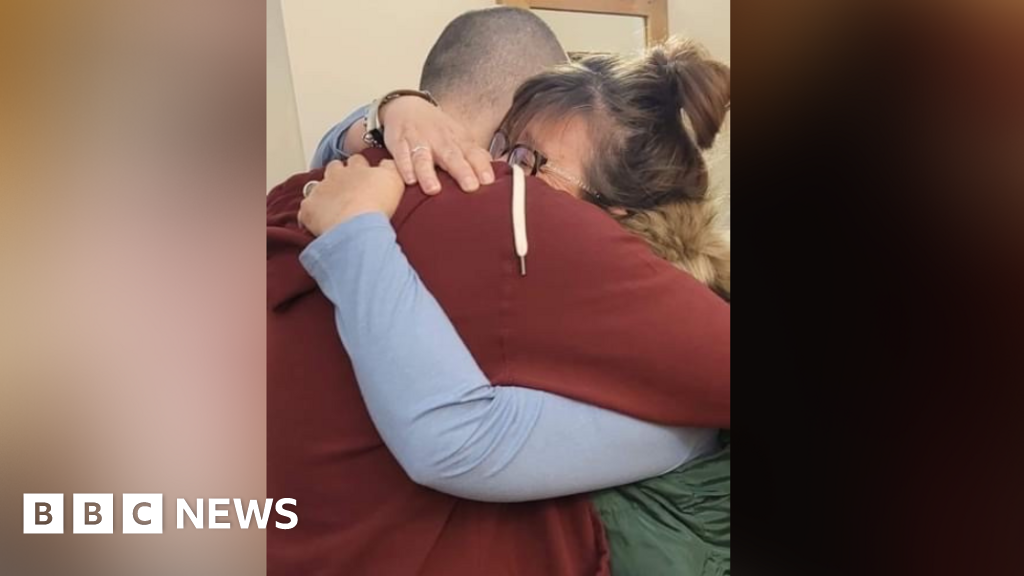 The mother of a British man who has returned to the UK following his release by Russia has said she "thought this day would never happen".

Mr Aslin and four other Britons - John Harding, Dylan Healy, Andrew Hill and Shaun Pinner - were among them. They have now been reunited with their families after touching down at Heathrow Airport on Thursday morning.

Speaking from her home in Newark, Ms Wood told the BBC she only found out about her son's release on Wednesday morning when she received a call from the Foreign Office, adding: "I thought this day would never happen.

"The first thing I needed to do was to give him a big hug and make sure it was real. It still doesn't feel real now."

Mr Aslin and Mr Pinner were captured in the country in the coastal city of Mariupol two months later in April and were sentenced to death by a court in the self-proclaimed Donetsk People's Republic.

Even as recently as Tuesday, a day before their release, rumours on social media began circulating that the death sentence the two prisoners had been facing had been carried out.

His mother said some of the details about Mr Aslin's time in captivity have horrified her, explaining that he will need time to recover from the ordeal.

"He was being used for propaganda purposes, I'm so glad there will now be no more of that," she said.