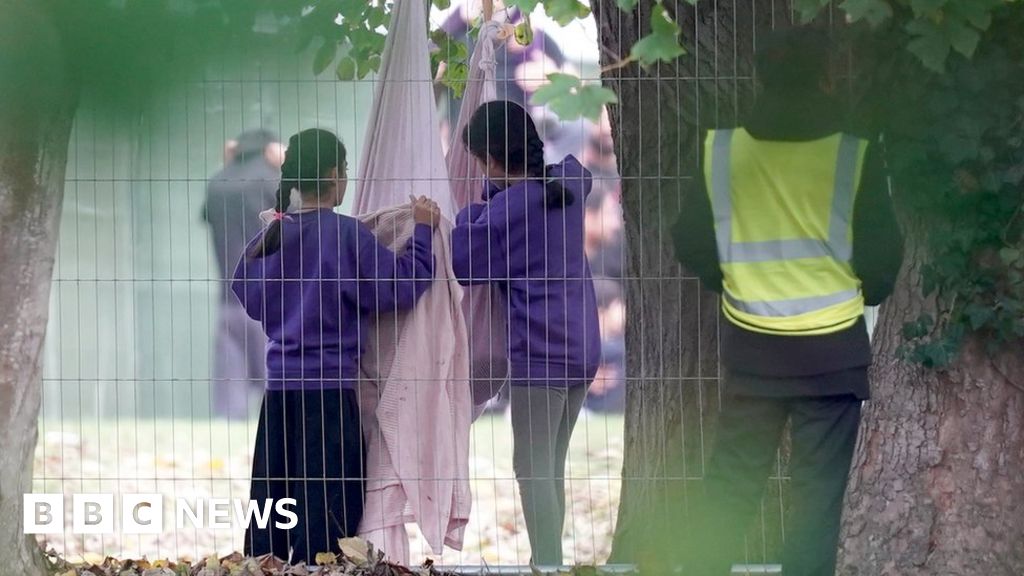 In the complaint, lawyers tell the Home Office the woman bringing the case comes from outside of Europe and she was taken to the Manston facility last month.

Instead, the woman was held for three weeks. She's now been released after the Home Office permitted her to go and stay with a family member.

"We have taken this action out of serious concern for the welfare of thousands of people, including children, still being detained at Manston for periods far beyond legal limits," said Jamie Wilson, deputy director of the charity.

"We are calling on the home secretary to declare that anyone held at Manston for more than 24 hours is being detained unlawfully.

"We are also asking that the home secretary allow access to the facility for organisations qualified to provide support in immigration detention settings."

On Thursday, Ms Braverman toured the migrant facilities in Kent - although officials told the media there would be no opportunity for journalists to ask her about what she had seen.

The visits came as she has faced increasing pressure over how she has handled the numbers of people arriving in Kent.

Albania's Prime Minister Edi Rama has accused the UK of scapegoating people from his country to hide what he said had been policy failures and a government acting "like a madhouse".

The chairs of four parliamentary committees have also demanded that Ms Braverman explains how her department is going to fix the "dire" conditions at Manston.