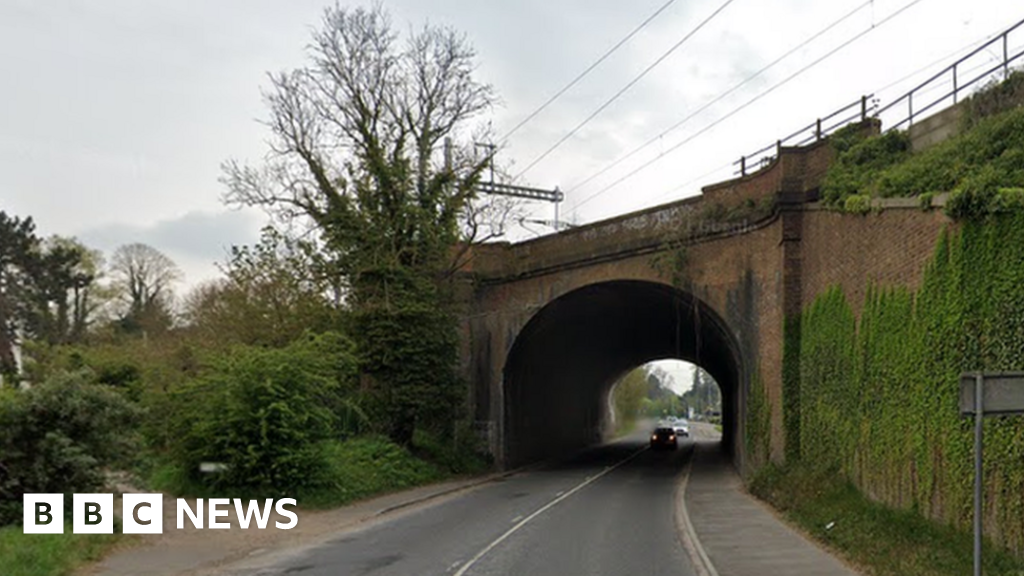 Amza Hussain, 20, was driving the BMW when the incident happened on the A4 Bath Road in Taplow, Buckinghamshire, at about 22:00 BST on 17 August.

The inquest in Beaconsfield heard that the damage to the vehicle suggested it was travelling at "significant speed" as it approached the bridge, which was on a right-hand bend.

Forensic collision investigator, Luke Webb, said if the BMW had been travelling within the 40mph (64km/h) speed limit, the bend "would have been negotiable".

Eyewitness Waltraute O'Byrne said she was driving to collect her daughter from Slough when she saw "the most horrendous impact".

Mr Butler told the inquest a pathologist's report said all three men died shortly after the fire started, but it was not the cause of their deaths.

Pathologist Brett Lockyer said Mr Hussain and Mr Choudhary both died from a traumatic head injury while Mr Dosanjh's cause of death was traumatic head and abdominal injuries.

Mr Webb said analysis of CCTV which showed the approach to the collision scene suggested the BMW was travelling faster than other cars that approached the bend before the incident.

Mr Butler said the BMW crashing into the bridge wall could "only be attributed to the speed of the vehicle".

"It was a very, very sad incident and each of them sadly succumbed to their injuries and there was no opportunity to escape due to the fire," he said.