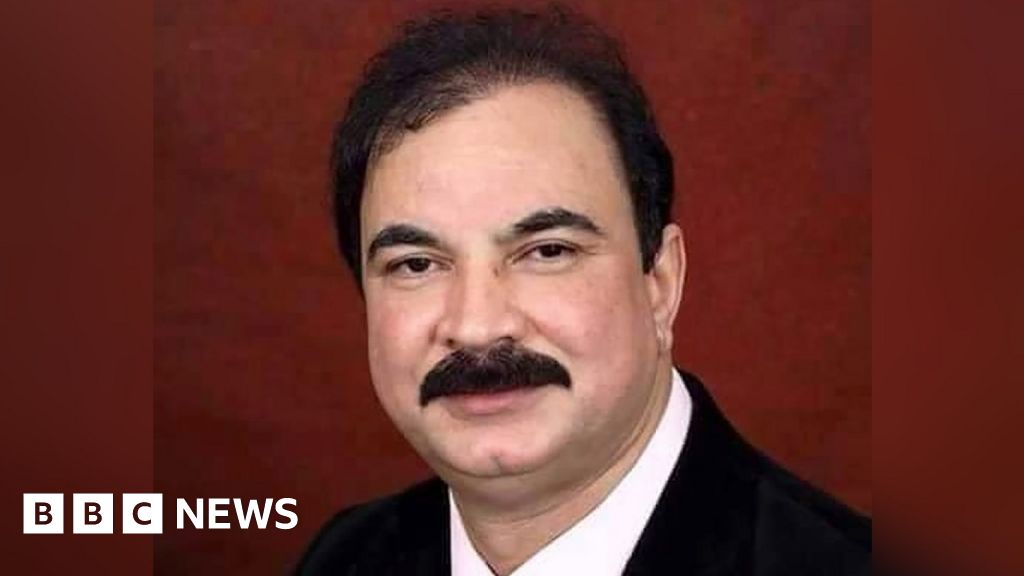 A teenager who posted a video on Snapchat of the heavily bleeding man he had just stabbed has been convicted of manslaughter.

The boy, who is now 17 and cannot be named for legal reasons, had claimed the stabbing was "self-defence". He is due to be sentenced next month.

During his trial, Luton Crown Court heard Mr Raja was visiting his elderly mother, who he had not seen for many months, on 15 November.

She said he went to the kitchen to get a knife and stabbed Mr Raja twice to the head, and once to the neck and thigh. The victim had been unarmed.

The court also heard the boy had not called an ambulance, but had posted six or seven seconds of a video of Mr Raja bleeding on Snapchat.

Ms Morris had told the court the video "tells you he is someone revelling in the fact he has just stabbed him".

The jury was told that after speaking to a relative, the boy dialled 999 saying: "There has been a murder."

He told the operator the weapon used was "a knife, innit?" and that he had been acting in "self-defence".

Giving evidence, the teenager told the court he thought he was "going to die" at the hands of Mr Raja and that he was lawfully defending himself and another person in the house.

Mr Raja was taken by ambulance to the Luton & Dunstable Hospital and transferred to Addenbrooke's Hospital in Cambridge, where he died on 20 November.

Ms Morris said when the youth was medically examined at the police station, there was only a small mark on his right arm.