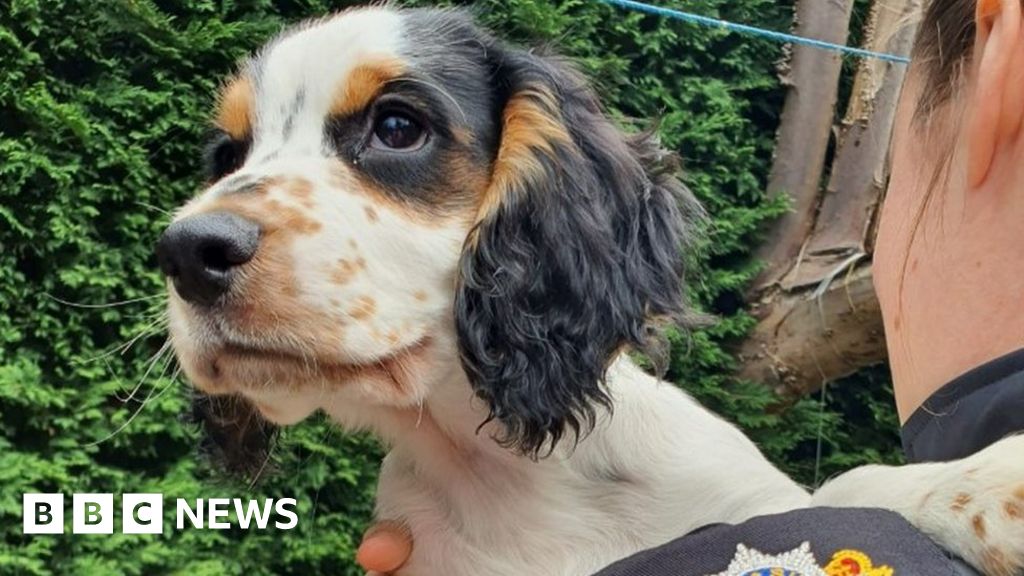 Two puppies have been reunited with their owner - and mother - after being stolen from their home.

The cocker spaniel pups were found at an address in Reading, Berkshire after going missing in Farnham, Surrey nearly 10 days ago.

Surrey Police said the pair were checked over by a vet before being released back to their rightful owner.

A woman, 39, and a 17-year-old boy were taken into custody last week in connection with the thefts and the inquiry remains ongoing, the Surrey force added.

A spokeswoman for the force said the spaniels, which were taken on 19 June, were microchipped.

Last year, the government said it was working with police to improve recording and tracking of pet abduction cases.

Pet abduction is set to become a criminal offence under the plans prompted by a reported rise in the number of pets being stolen during the pandemic.

Seven in 10 of animal thefts recorded by the police involved dogs, a report revealed last year.

One of the puppies was later found at a property in Essex.