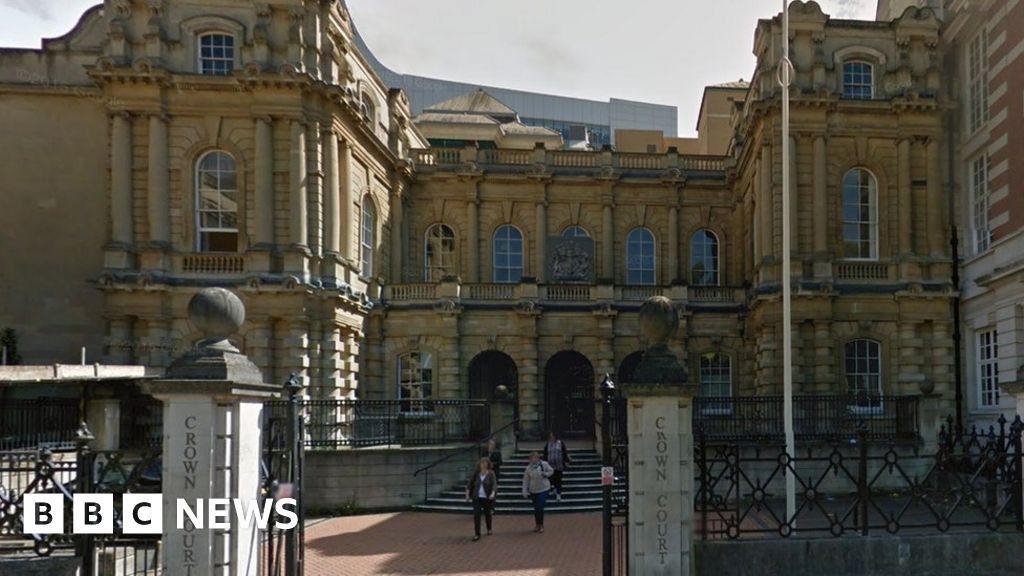 Police officers kept a dying man restrained and cuffed even after they realised he was suffering a medical emergency, an inquest has heard.

Neal Saunders, 39, was detained after police were called to his father's flat in Langley, Berkshire, on 3 September 2020 following an alleged assault.

PC Ashley Jones said he did not hear Mr Saunders' cry, caught on a police body-worn camera, that he could not breathe.

Giving evidence to Reading Crown Court, the officer said the man was detained for about 75 minutes because it was the "safest option".

As well as being handcuffed, straps had been placed around Mr Saunders' legs at the ankles and knees, with an officer sitting on him using a baton to press down on the top of his legs, the hearing was told.

He said: "That doesn't make him any less of a risk."

The inquest jury was shown body-worn video of officers preparing to carry Mr Saunders down to an ambulance.

As it began to play in court, his father left the room, accompanied by an usher.

An officer could be heard swearing as a sheet was unfurled to carry Mr Saunders down the stairs.

"We need him on his back, don't we?" asked a second firearms officer.

"Just take him any way you can," replied PC Brown. Another officer replied: "Face down, head up."