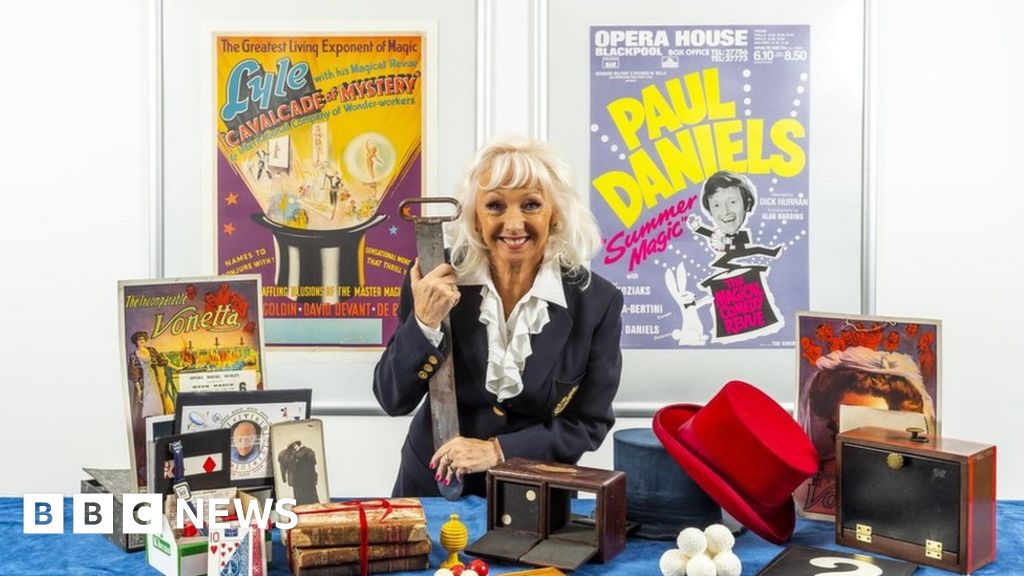 The magician died in 2016, aged 77, and McGee, 63, said she feels now is the right time to part with the collection, which had been stored in their home in Wargrave, near Henley-on-Thames.

"It feels like you're giving them away, this is the last bit of them that's still here, but I just felt that it was really important for me to pass on Paul's legacy," she told the BBC.

The illusion, which was estimated between £8,000 and £12,000, was the couple's favourite to perform and was built by Daniels' father specifically to fit his wife.

"I think his poster collection was what he absolutely loved the most but really he just loved magic."

"Paul Daniels gave that sense of amazement to his audiences throughout his illustrious career and we are honoured and excited to be selling his special collection," he said.