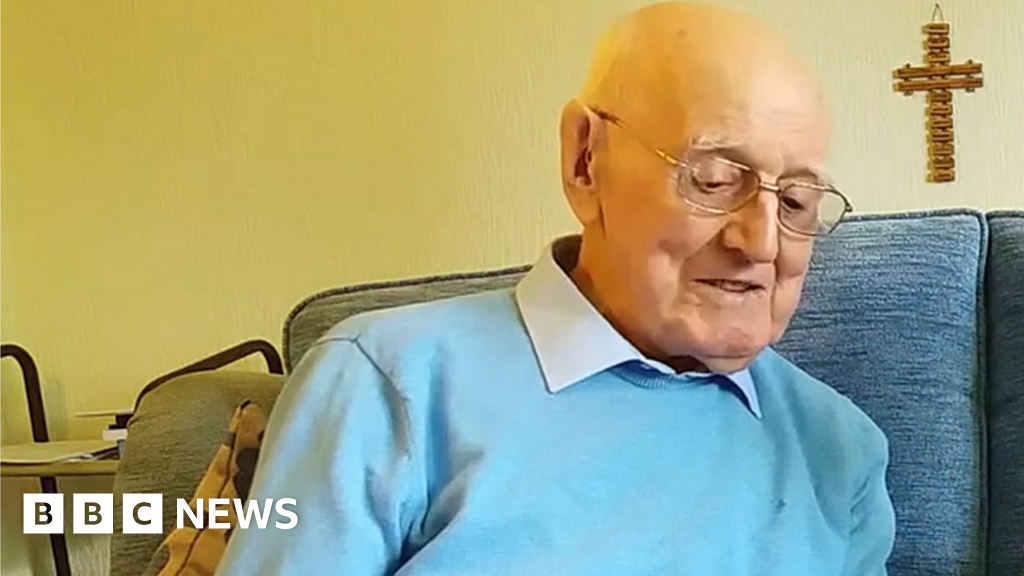 Eric Cull, from Wednesfield, said while he could not walk much he "can still talk a lot".

"I am a good believer that we need to keep together as there is so much today that separates us... we need to comfort one and other," he said.

With the help of friends, he uploads content as often as possible and said he often had viewers from as far away as the USA asking when his next video would be published.

While many of his videos focus on his faith, Mr Cull said the friends he has made from posting online has been key.

Mr Cull grew up in Northern Ireland and played in goal for Glenavon, but followed his son to Wednesfield in 1974 when the Troubles made his life as a chauffeur too dangerous.

He took a job as a flat superintendent and worked until his retirement at the age of 60, but said he had remained busy, writing books and working for the hospital radio at New Cross hospital in Wolverhampton for 14 years.

But he said his passion was "doing what's dear to my heart" - talking to people about his faith.

When he was younger he used to visit people in their homes, letting them know "things are never as bad as they seem".