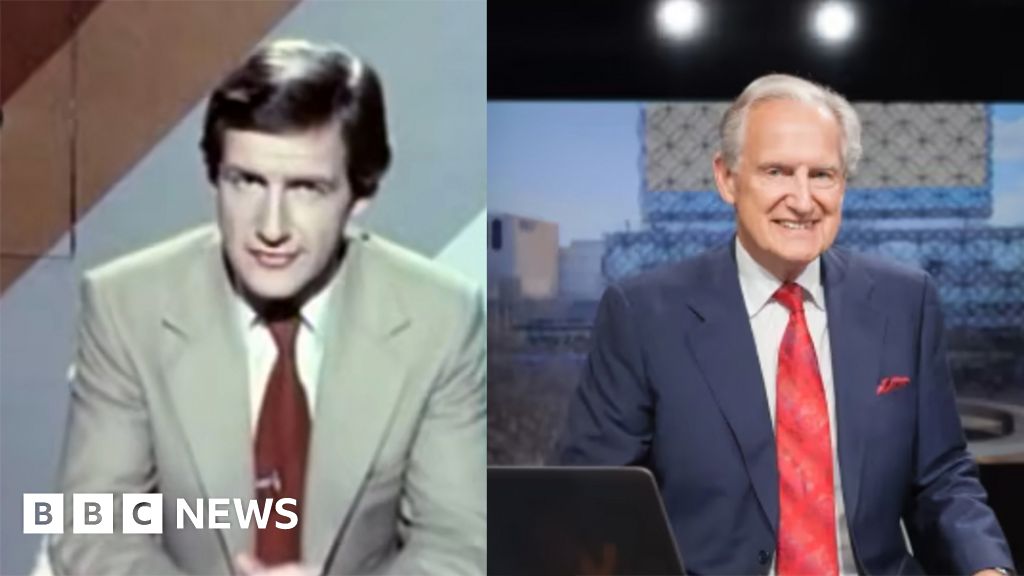 "Bob is an inspiration to us all. He still brings something fresh to the show, day in, day out," Mr Clamp said.

Mr Clamp joined ITV in 2005, after working for BBC Midlands Today, as well as ITN, Sky Sports and Sky News. He often stood in as Mr Warman's cover.

"I am often asked if I am daunted at the prospect of filling his shoes, but to be honest I don't see it like that, because no one can be "Bob," Mr Clamp said.

Sophie Donnally, from Shrewsbury, started as an ITV Apprentice at Central in 2015, where she sat to the right of Mr Warman in the newsroom.

"He would walk in with his briefcase so gracefully and almost leave a little trail of people smiling and laughing behind him as he made his way to his desk," the now ITV Cymru Wales production specialist said.

'Thanks for the laughs'

Paul from Bloxwich, Walsall, said he had been watching Mr Warman on ITV since the presenter started in the 1970s, and said his retirement was "an end of an era".

"It is amazing that we ended up as opposite numbers for so long at ITV and the BBC. We have long been firm friends and that continued despite being professional rivals," Mr Owen said.

Liz Hannam, head of news for ITV Central, said: "There's a very special atmosphere in the newsroom at the moment. No one here can quite believe that this is his last day.