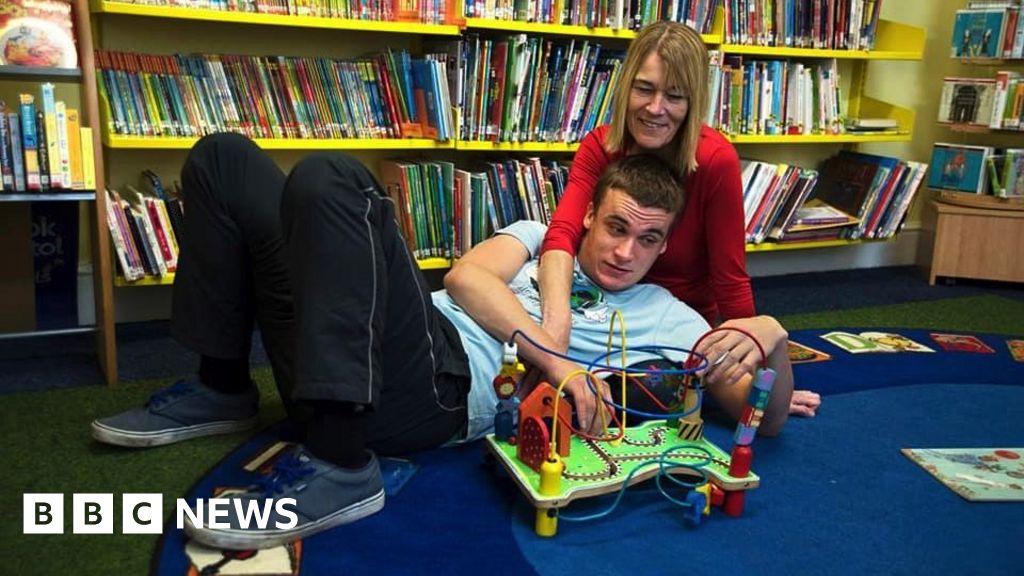 The Avon Centre has now offered the land and has launched a crowdfunding campaign to start its construction.

People who want "additional facilities" are advised to engage with their local councillors to look into using Community Infrastructure Levy funding, added a council spokesperson.

"If he was in a space that was safe, he could run around and have freedom. It's sad he doesn't have that," said Ms Morrice.

The mum said she had faced abuse when she had tried to take 28-year-old Declan to parks in the past.

"People get the police called on their children when they're seen on swings at 8pm at night, but they have autism, they need to do that," she added.

Ms Morrice said at 6ft 5ins (1.9m), her son's size would make him a danger to himself and other park users.

"The equipment isn't designed for someone his size, he can only go on one swing.

"He has a mental age of five or six, he just wants to go to the park," she explained.

She hoped the new park would include a wheelchair-accessible roundabout and a couple of bird swings, which she says helps people with autism "get rid of lots of stress and reduce meltdowns".

"Our users say coming here is a lifeline. It's about the community we've created that this park can be a part of," he said.