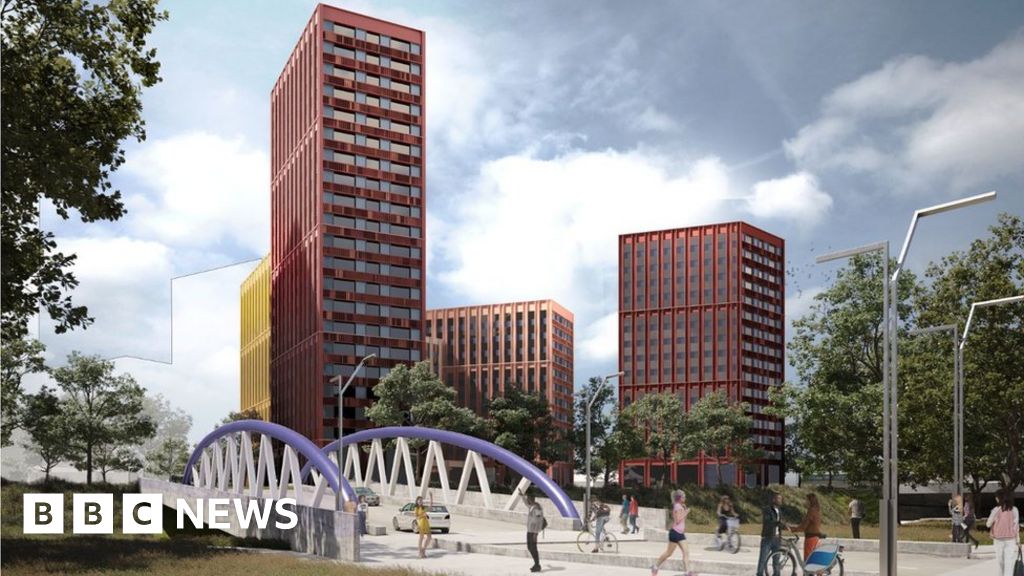 The application still needs to be approved by the Environment Agency (EA), which has previously raised concerns about flooding in the area.

Councillors approved plans for the 12-storey building on Avon Street, which will link to the new University of Bristol campus in Temple Quarter.

Officers said the risk of flooding is growing due to climate change and that the design of the building means that the ground floor could flood, but all accommodation would be above the ground floor.

Students could be left in their rooms for hours in the event of a flood, said one council officer, but an escape route would be created above the entrance to the accommodation, according to the Local Democracy Reporting Service (LDRS).

"(It) also helps to keep further pressure off existing homes in the city which we appreciate is a major issue and a priority for the council," he added.

The university is planning to build a new campus behind the train station, on the site of the demolished Royal Mail sorting house.

"I like the design and I think it will fit in well within the area," he said.

If the EA objects then the application would be sent to the government to make a final decision.