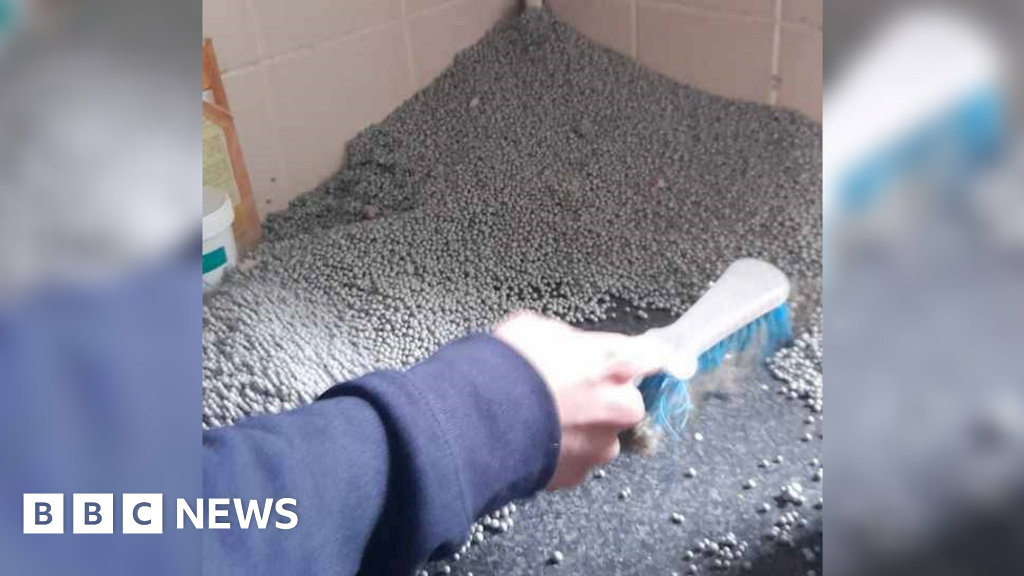 A woman who had thousands of polystyrene insulation balls leaking into her home every day is relieved the problem is finally fixed.

Michelle saw the insulation material stream through extractor fans at the council property in Bedminster, every day since last December.

Michelle was "really glad", but added it should not have taken so long.

Michelle, a support worker, who lives at the property with her 18-year-old son, could sometimes fill a carrier bag full of the balls every day.

The problem was believed to have happened after workers who replaced the fans damaged the cavity wall, causing the common insulation material to leak out.

In a bid to contain the issue, the council blocked the fans causing black mould to spring up around the property, Michelle said.

"I've had a solicitor looking at this since last June and the the council haven't done anything - [the repairs] are definitely due to media coverage," she said.

As well as the fans and vents, council staff discovered sewage had been leaking under the floor of the bathroom, contributing to the mould problem, which Michelle said caused her respiratory problems.

"I think not having the damp and mould will really, really help with my chest and I'm hopeful now that things will start to improve in terms of my physical health," Michelle said.

She added she was "really glad" the polystyrene problem was fixed and that her home no longer smelt of sewage, but said the council should have acted sooner.

Michelle now wants to meet with council bosses about what she sees as poor communication between housing officers and estate management services.

"I really want to speak to them because they really need to get their house in order," she said.