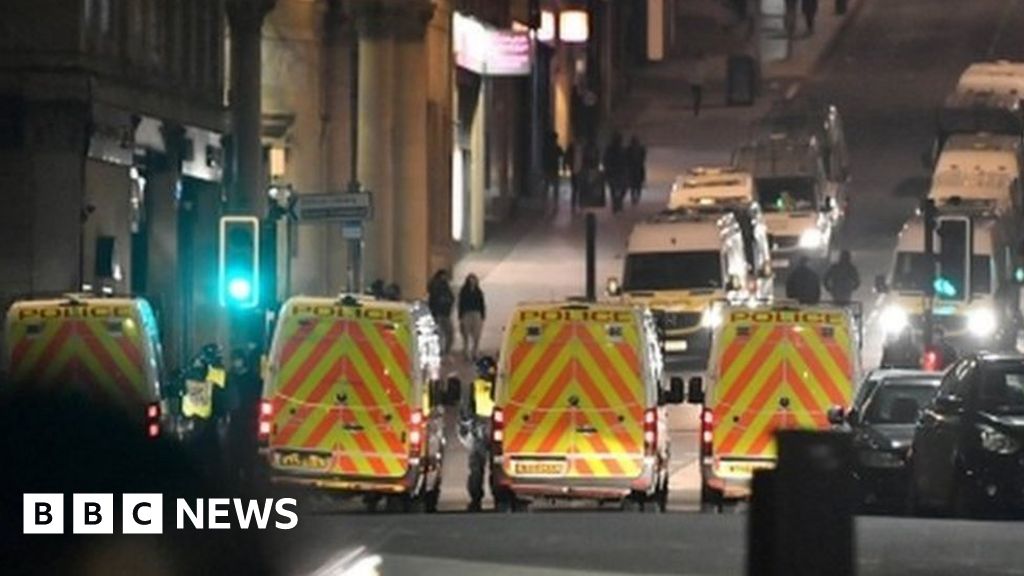 The group were taking part in a protest against the Police, Crime, Sentencing and Courts Bill because they were concerned about what it could mean for people from Gypsy, Roma and Traveller communities.

The demonstration began peacefully but the five protesters said they were either assaulted or put in fear of violence when police in body armour moved in with riot shields.

None of the five claimants were arrested or charged with any criminal offences, the group's law firm Irwin Mitchell Solicitors said.

Mr Guy, an artist and musician, said it was "really shocking to be confronted with rows of police officers in riot gear pushing and hitting us".

"I was trying to leave the Green when a police officer smashed me in my face with his shield.

"I hope this settlement will remind all police forces that they need to respect the right to peaceful protest, because they'll be held accountable if they don't," he added.

At the time, ASP said they took the course of action because they believed coronavirus rules prevented such gatherings.

However, a parliamentary report in July 2021 found the force had made "errors of law" and protesting could be a reasonable excuse for leaving home during lockdown.

"I've been to quite a few demonstrations over the years but I've never experienced that kind of violence from the police," she added.

Irwin Mitchell Solicitors said the senior officer in charge of policing the demonstration acted unlawfully when they failed to consider whether it was "necessary and proportionate" to clear the demonstration by force.

They said police had failed to consider issues including the actual health risks posed by the demonstration continuing and the options for engaging with protesters.

"Those allegations were denied by Avon and Somerset Police and each of the settlements were made without admission of liability."