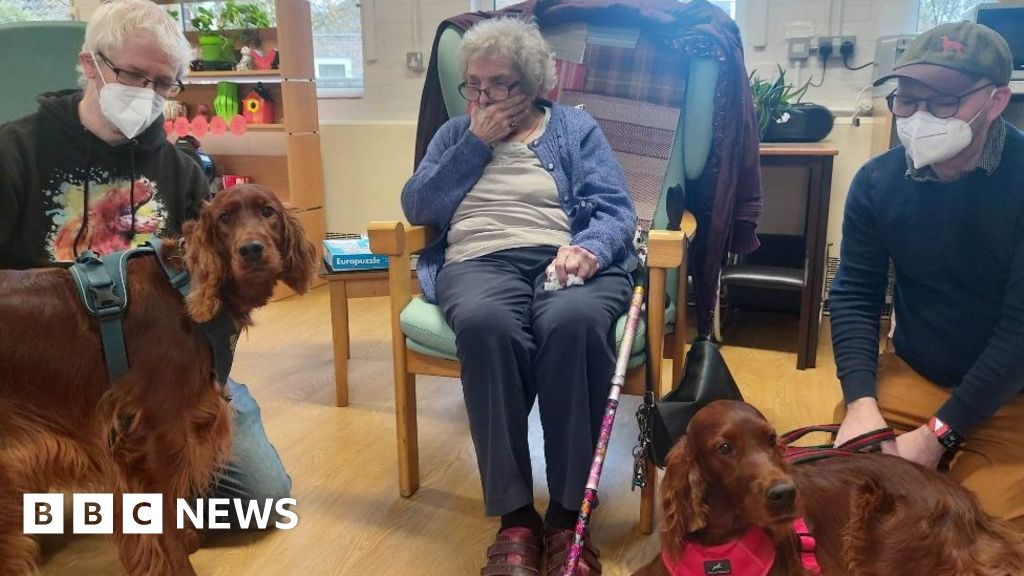 A woman's wish to cuddle a red setter dog for her upcoming 98th birthday was granted thanks to help on social media.

Jean Findlay told staff at her daycare centre in Cambridge she would love to hug a setter, having owned several of the breed in the past.

An appeal on local Facebook groups was answered almost immediately and a day later, two Irish setters came to visit her.

Staff said Ms Findlay was "so happy", although she did nod off at one point.

With her 98th birthday coming up on 30 November, staff asked what she would like as a present.

"She said she wanted to cuddle a red setter for 10 minutes, as she fell in love with them when she had four of them, which she bred, and even showed at Crufts," support worker Jayne Hyde said.

"As soon as her care worker told me, I knew I had to do something - I'm literally like a dog with a bone - so I put an appeal out on several Facebook sites and by the next morning, people were coming forward."

An Irish red setter owner from as far away as Boston in Lincolnshire volunteered, but two breeders from Downham Market, Norfolk, said they were going to be in Cambridge on Thursday and offered to bring their dogs to the centre.

"She said she was so happy and hadn't expected it at all," said Ms Hyde.