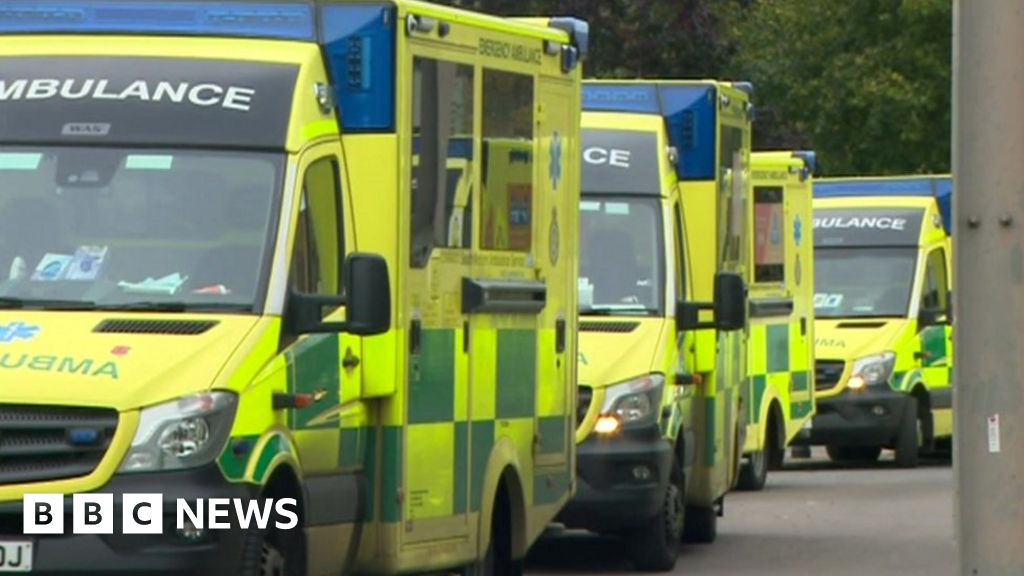 Hospital bosses in Cornwall say they have seen improvements in reducing ambulance delays and people stuck in hospital despite finishing treatment.

However, those solutions were not described as permanent, the Local Democracy Reporting Service said.

Royal Cornwall Hospitals Trust bosses said "we are not out of the woods yet".

Queues of ambulances have been a regular sight outside the the Royal Cornwall Hospital, Treliske, this year.

Hundreds of people have also been stuck in beds as there have not been care packages available for them to be discharged.

RCHT chief operating officer Robin Jones told the meeting the position had "changed significantly and positively", with a "reduction in the number of ambulances waiting outside the hospital" in the last four weeks.

He said the hospital was working alongside Cornwall Council and the Cornwall Partnership NHS Foundation Trust, and it had taken action to increase capacity by 83 beds.

However, he also said: "We are not out of the woods yet, our numbers are still high."

In response to a question about winter pressures, Mr Jones said forecasts suggested the timing of that added pressure was unlikely to change but the quantity was expected to increase.