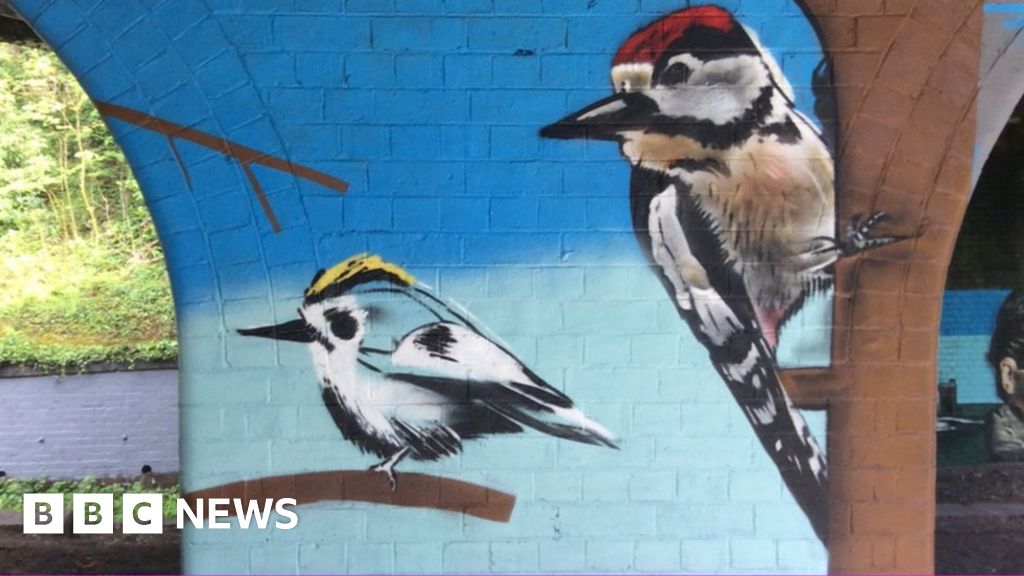 Warwickshire Wildlife Trust maintains the section south of Hillmorton Road but they do not have the resources to manage the northern section, the rotary club said.

The artworks were created by graffiti artists and twin brothers Nicolo and Stefano Suglich, and took almost two weeks across a 25m (28ft) stretch of bridge.

Those depicted include the inventor of the game of rugby, William Webb Ellis; inventor of the turbojet engine Sir Frank Whittle; poet Rupert Brook and Rugby School headmaster and historian Thomas Arnold.

"The reaction from the Rugby community and all the people that were walking past it, has been really positive," Nicolo Suglich said.

As part of the work along the former railway line between Hillmorton Road and Abbey Street, three benches were installed.

There has also been work to remove invasive vegetation, which has allowed native flowers to grow and increased insect and bird life in the area.

Rugby Rotarian and project leader Laurence Wilbraham said: "Walkers and cyclists have been very complimentary regarding the work which the club has carried out and we are very pleased that it has been so well received."