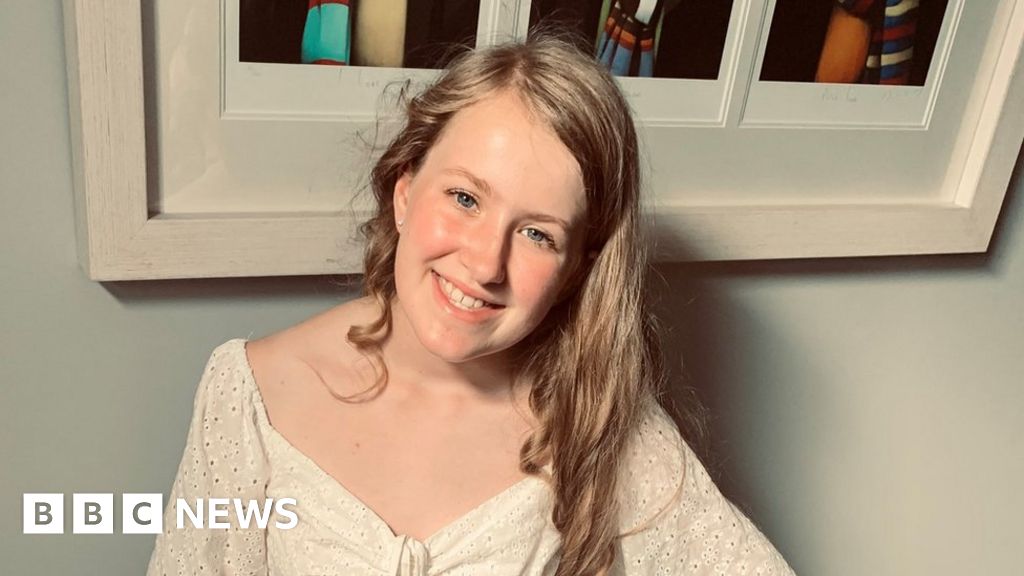 A grieving mother whose only child died suddenly said she was desperate for her daughter to leave a legacy.

Annabel Greenhalgh, 11, died on 14 October a day after going to hospital with pain in her stomach.

Her parents Josie and Craig, from Warwick, have raised more than £5,000 for charities close to their daughter's heart.

"I'm just desperate for people to know she existed and how wonderful she was," said Mrs Greenhalgh.

"She's our only child and she's the absolutely centre of our universe and we do everything together - we're just a team.

Annabel, who started secondary school just weeks before her death, was a talented artist who was hoping to become an architect or designer.

"She was incredibly bright, really creative, a real gentle soul, really fun, always inclusive of everyone.

"[She] never had an unkind word to say about anyone. She was just absolutely lovely," Mrs Greenhalgh added.

The family is now raising money in Annabel's memory for both Birmingham Children's Hospital and The Fluency Trust in Swindon.

Annabel spent several weeks in the Birmingham hospital after being born prematurely to correct a small bowel atresia, then again in 2016 for a malrotation of the bowel.

The Alcester Grammar School pupil was also helped by a residential course by The Fluency Trust after she developed a stammer during lockdown.

"She went there in the summer and had an amazing time and she came back super confident and not bothered about her stammer at all," said Mrs Greenhalgh.

"I think this might be a nice way of her leaving a legacy for two charities that are really special to her."

Although Annabel visited Warwick Hospital A&E the day before she died, the cause of death is still unknown.

The family has been told a post-mortem report from Great Ormond Street Hospital may take up to six months.