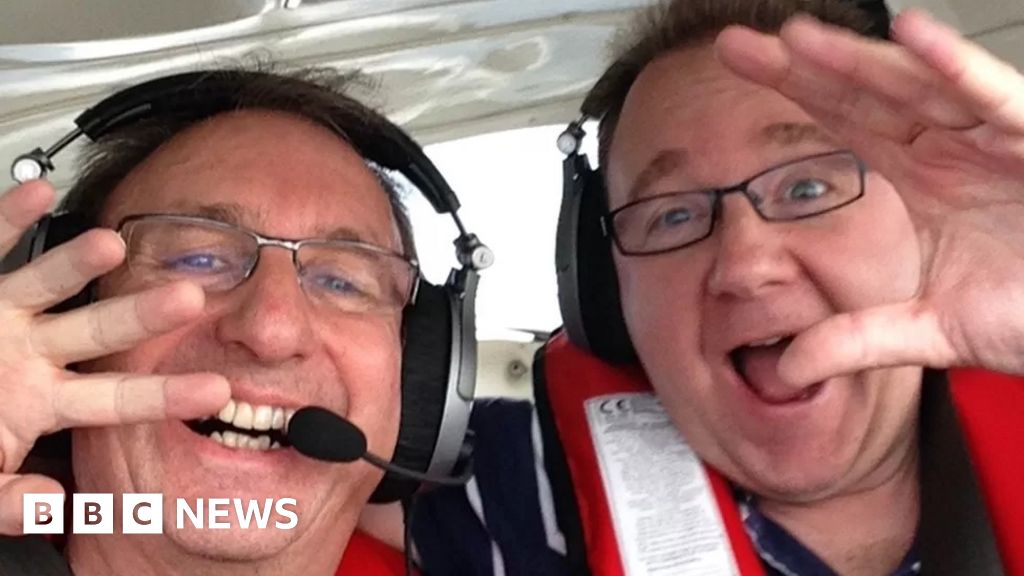 Two pilots whose plane went missing over the English Channel may have got into difficulty trying to avoid cloud, an investigation has found.

Lee Rogers and Brian Statham were flying in a group of aircraft that took off from Wellesbourne, Warwickshire, for France on 2 April.

The report said: "It is not possible to know the pilots' intentions but these changes in altitude might have been an attempt to avoid cloud vertically."

Neither the men or the aircraft have been found, with the report suggesting it was likely the plane was substantially damaged on impact with the sea.

A photo from a passenger, not part of the same group, was also flying to Le Touquet in France on the same day and showed cumulus cloud in the distance

Mr Rogers had posted on social media a video showing the aircraft at 5,000 ft with cumulus cloud visible ahead. It also showed the men were wearing lifejackets.

The last radio transmission was made when the plane was descending through 7,000 ft at approximately 3,000 feet per minute.

In April, the men's families urged beach-goers to look out for debris, clothes or personal items, after Mr Statham's flight bag was found on a French beach.

The report said that the men's decision-making may have been affected by "risky-shift" - a situation in which "an individual's doubts about a strategy can disappear as others show agreement".

The men were flying as part of a "fly-out" with six other aircraft making their way to Le Touquet.

The majority managed to find a gap to fly around the cloud, with another turning back and landing at Shoreham Airport in West Sussex.

The family of Mr Rogers said he was a "wonderful father, a loving husband, and a devoted family man" who was "larger than life" and loved fast, loud machines.

Mr Statham, from Solihull, was described by his family as "always living life to the full" and spent more than 40 years in the motor trade in Birmingham, owning a garage in Castle Vale.