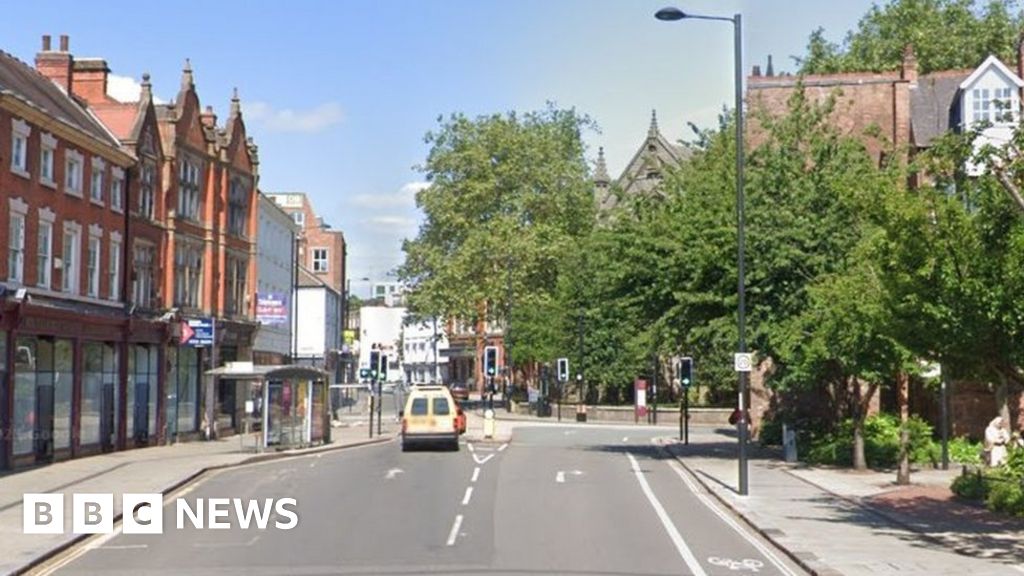 The car was seen in traffic on Wardwick when it went on to the wrong side of the road and hit the officer, police said

Police are appealing for information after an officer was injured by a hit-and-run in Derby.

Derbyshire Police said it was called to reports of an assault outside the Hairy Dog pub on Becket Street at about 00:30 BST on Sunday.

The victim told officers at the scene he had been punched by two men.

A car thought to be carrying the men was seen in Wardwick, but as an officer went to the car it crossed to the wrong side of the road and hit him.

The driver did not stop and drove off along Curzon Street and on to Uttoxeter New Road, police said.

Derbyshire Police said the officer suffered a "serious" injury to his leg, adding it was looking to trace the driver of the vehicle and anyone who may have witnessed the original reported assault.