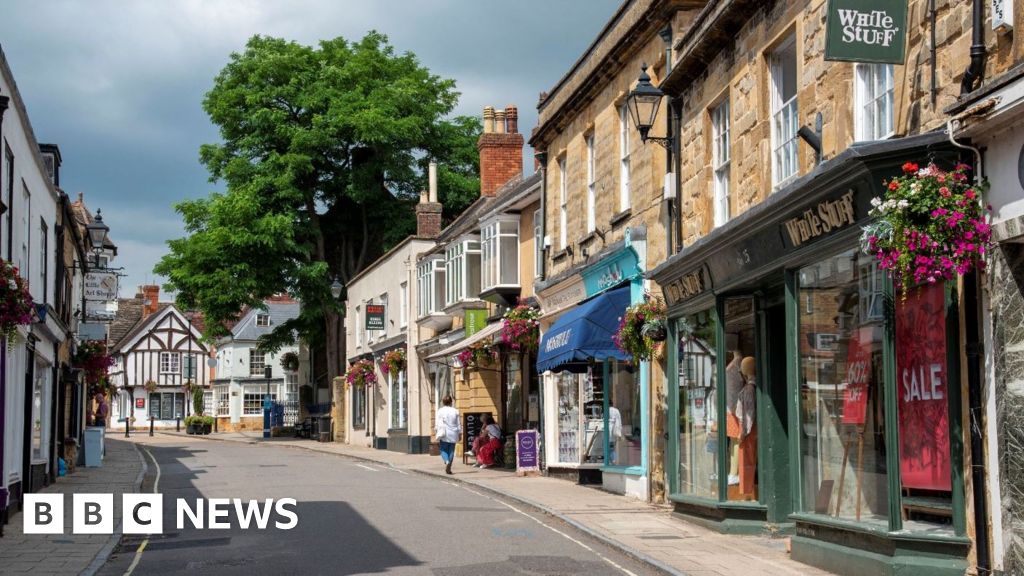 Bournemouth Crown Court heard he knew the victims from his delivery rounds and on one occasion was pushed from an upstairs window by a victim.

Prosecution counsel Althea Brooks described how, during the first break in, a woman had been woken at about 01:30 BST and found an open window and disturbed items in a spare bedroom.

On the second occasion, the person in the house had been woken to find Holden up a ladder, partially entered through a first-floor bedroom window.

She pushed him away, grabbing on to his arm to prevent him falling, although he did fall to the ground, fracturing his foot.

The court heard he managed to get away in his car but was arrested five days later.

The prosecution said Holden had admitted the offences upon his arrest, telling police he was "acting out of myself".

After the sentencing, the woman who encountered Holden coming through a window told the BBC: "I ran over, shouted and pushed him out - it was all very instinctive - and then I grabbed his arms and tried to break his fall, weirdly.

"Luckily, I screamed so much I woke the neighbours, we phoned the police and they came and were brilliant.

"It's the motivation that now bothers me. Did he know there was someone in the house, or did he think it was empty?"

"It was a complete shock. I think the worst bit was finding out what his role was in the community.

Royal Mail said: "Our thoughts are with all those who may have been impacted by the actions of this individual.