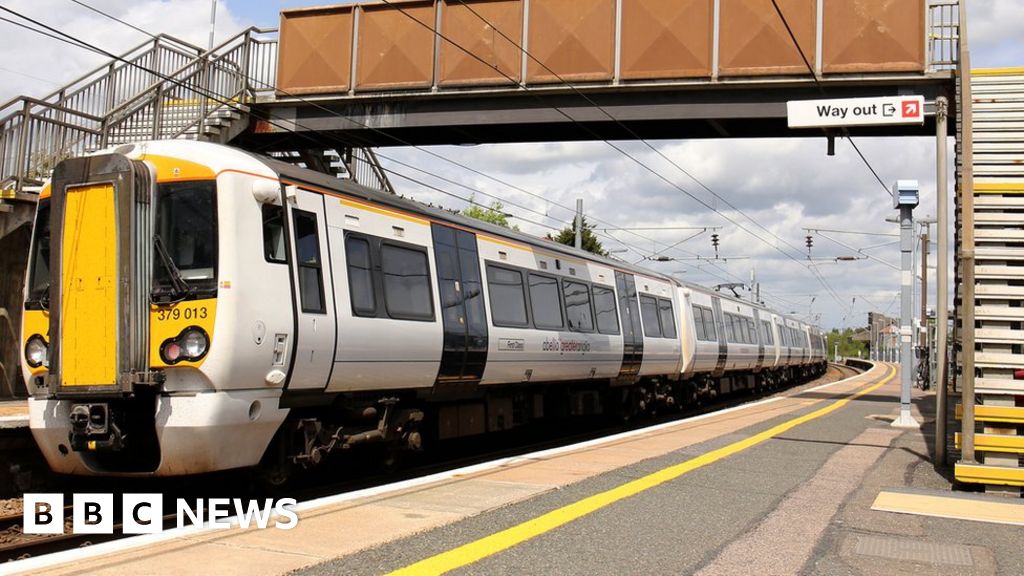 Greater Anglia said more than 90% of its services would not run due to action by members of the union Aslef.

Jonathan Denby from Greater Anglia said the company was "very keen to get to an agreement as soon as possible that's in everyone's interest".

The Norwich-London Liverpool Street intercity service would be limited to six trains in each direction across the whole day, with the last train back to Norwich at 21:30 BST.

The Colchester-London Liverpool Street and Stansted Express services would also have reduced hours and significantly fewer trains, with later start and earlier finish times than normal.

There would also be no rail replacement buses because of the strikes, the company said.

Bev Stokes, who was due to travel by train to a Guns N' Roses gig at Tottenham Hotspur's stadium on Saturday, said the strike had "really scuppered" her plans.

"Whilst I have a small amount of sympathy, I'm not sympathetic with the amount of disruption they're causing to their customers," she said.

Mr Denby, head of corporate affairs at Greater Anglia, said: "Unfortunately we're urging people to avoid using our services where at all possible tomorrow [Saturday] because there is a severely reduced service."

Mr Gibson, district organiser for Aslef, said: "It's certainly not something our members want to see taking place but we've been left with no alternative.

"Our members worked during the pandemic, getting people to and from work and putting their lives and their families lives at risk.

"There are talks going on at an industry level...We want to get a pay rise for employees across all train operators."