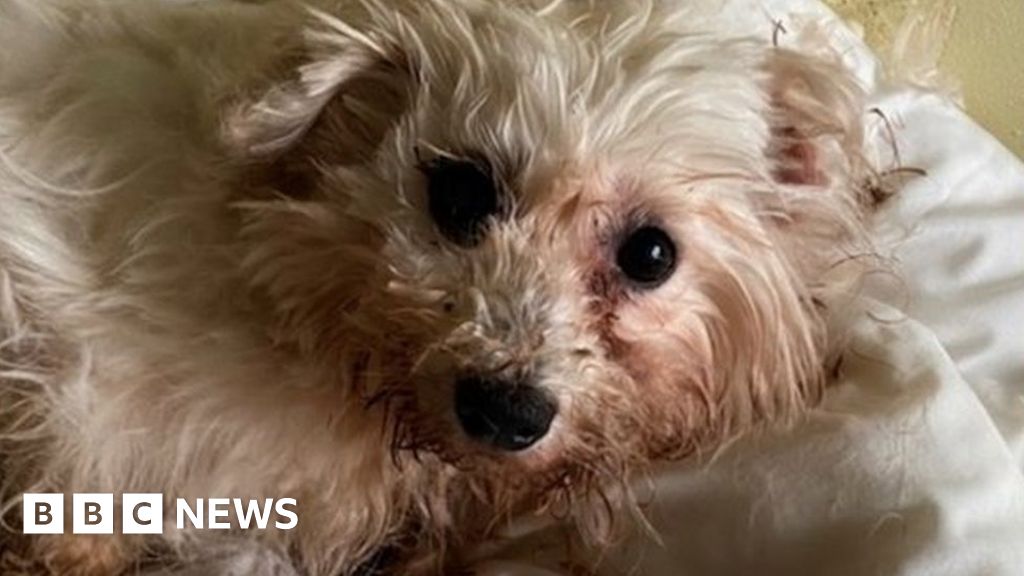 The dog warden of 20 years works for Basingstoke and Deane Borough Council and said Porridge's case was one of the most "heartbreaking" she has seen.

"When she was first found, she was so terrified and so matted with her fur that we couldn't find out her breed or gender," Ms Yeates explained.

After getting rid of some of her matted fur, Ms Yeates said it was clear Porridge had been used for breeding.

"We think she was from a puppy farm. I don't think she'd ever seen grass or a lead before, she had no muscles in her back legs from a lack of walking.

Porridge's fur was so matted at first that vets couldn't tell her gender, Ms Yeates was later able to find out and realised she had been used for breeding

Porridge, estimated to be between three and four years old, had an unregistered microchip which Ms Yeates tracked back to Hungary.

She explained: "Sadly, with it not being registered and her being found in the street, it's almost hopeless to track down the people who did this to her."

"The best part of this job is knowing the day I find them is the start of a new chapter and they are going to have a nice, new life," Ms Yeates said.

"It's not always easy, but our authority will continue to work with the police to take action against unlicensed breeders and buyers must be informed."