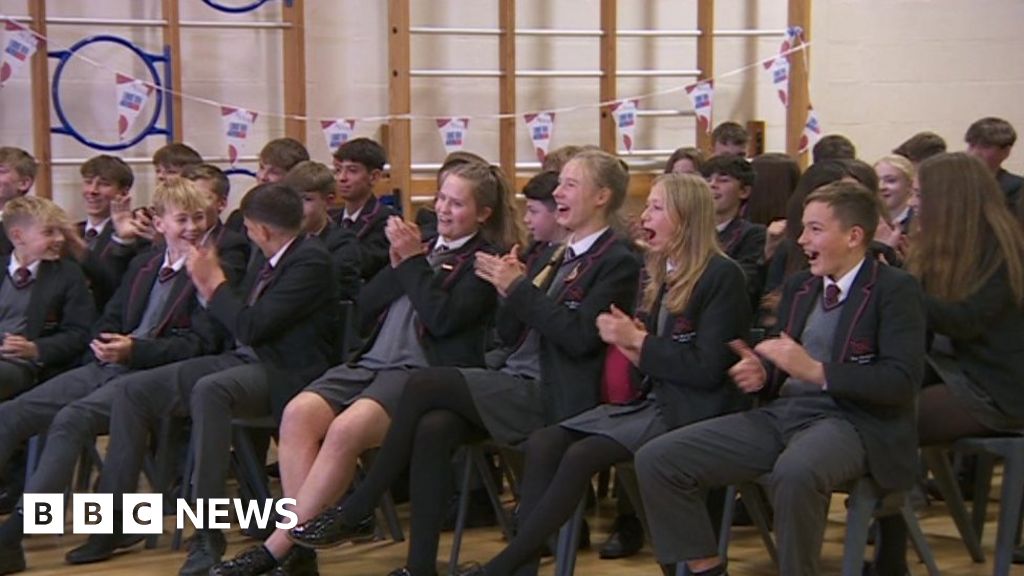 A group of school children are celebrating after winning the chance to train with the England football team.

Pupils at Westgate School in Winchester also got the chance to talk live to England squad member Callum Wilson ahead of the World Cup clash with the US.

Among the questions posed by the pupils was "how do you handle pressure?"

"Stay focussed, don't tense up, that way you are ready for the next opportunity that comes along," said the Newcastle striker.

They also discussed goal celebrations, and the best goal he had scored.

Wilson was a second-half substitute in England's World Cup opener against Iran on Monday, setting up Jack Grealish for his goal in the 90th minute which secured a 6-2 win.

A teacher at the school won first prize in a competition run by a supermarket, giving 15 pupils the chance to train with some of the England team at St George's Park.

Head of PE Rob Wiley said it was "an amazing opportunity" for the pupils.

"I've known about it for a couple of weeks. Keeping it quiet has been really tricky - I've been bursting to tell people," he said.