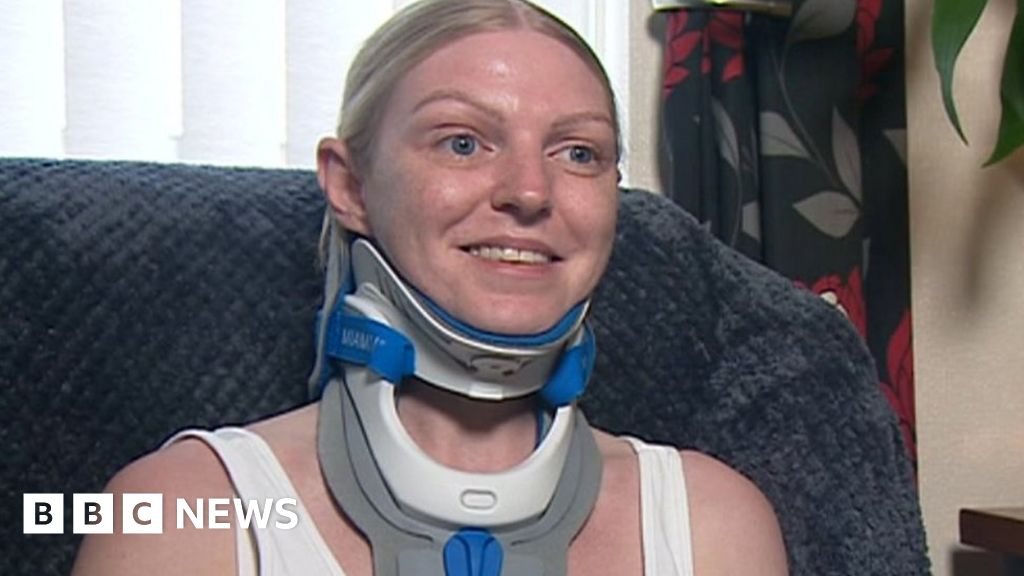 A woman says she wants to live as full a life as possible after undergoing potentially life-saving surgery following a freak accident.

She was hit by a ceiling fan in 2018, leaving a neck injury which meant her brain was sinking into her spine.

"It is a disability for life but hopefully I can learn to adapt," she said.

The mother-of-one's complex injury had meant her neck was struggling to support the weight of her head, with risks to her life diagnosed amid traumatic pain.

Money was raised for May's surgery in Spain, and included a £130,000 loan from an anonymous benefactor who saw her story on BBC Midlands Today.

Her husband Guy Pighills said her breathing and balance had already improved and it was "unbelievable" to see the progress.

"There are going to be ups and downs, we have to expect that but we just have to hope and pray it just keeps going the way it has for Rachel," he said.

The anonymous benefactor, a woman in her 60s from Warwickshire, told the BBC she was delighted by the operation's outcome, adding she was full of admiration for the couple.

Mrs Pighills said: "I still cannot get over somebody we have never even met [who] would be able to do that for us - it is incredible."