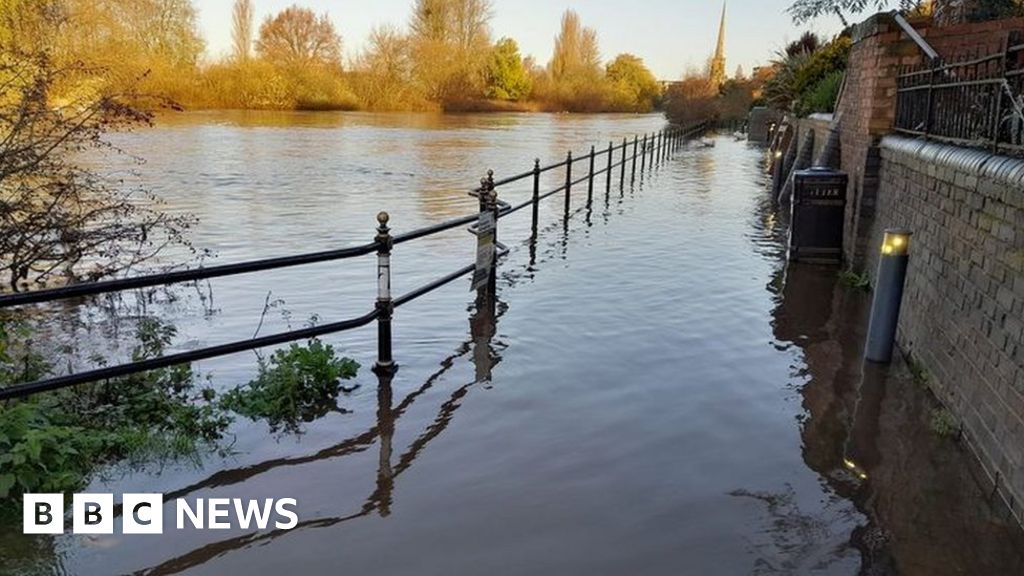 Residents near the River Severn have been warned to be prepared for flooding after it burst its banks in Worcester.

Flood alerts have been issued in more than a dozen places in the West Midlands.

They include along the Severn in Shropshire and Worcestershire, the Sow in Staffordshire and the Dene in Warwickshire.

The flood gate on New Street, Upton-upon-Severn, has been closed by the Environment Agency.

River levels in most areas are expected to peak over the weekend and the agency warned people living near them to expect some flooding.