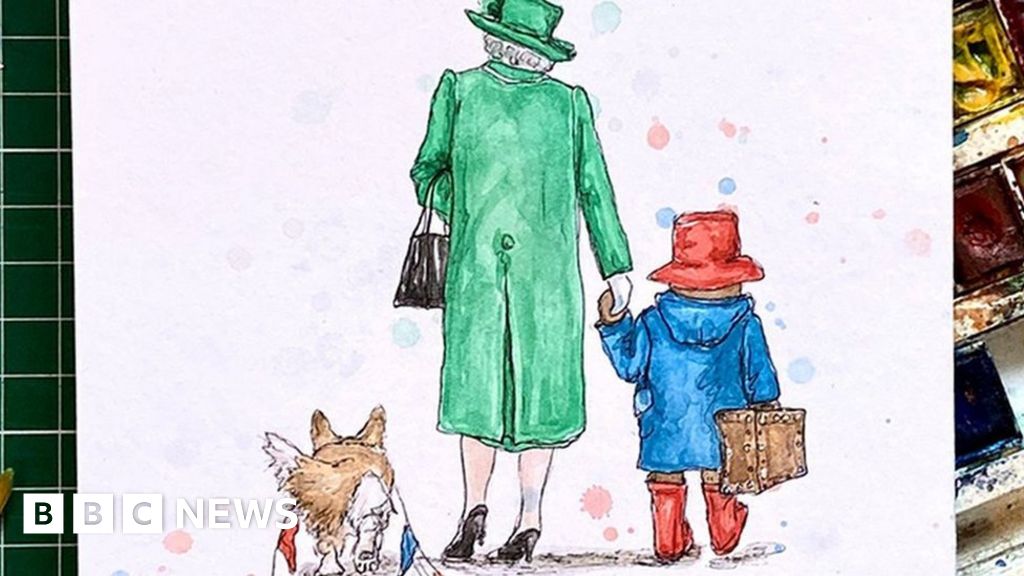 An artist whose sketch of the Queen and Paddington Bear went viral has received a Royal thank you for another Jubilee-themed picture she sent to the monarch.

In a thank you letter, the Lady-In-Waiting said the head of state was "touched" by her present.

Ms Tomlinson, who lives near South Cave, said the "wonderful letter" was unexpected and she was shocked to find it among her post on Tuesday.

"I was taken aback to get any kind of response at all, but for it to be so personalised - it gave the title of the piece and noted how it was number one of 70 [prints].

"I was absolutely taken aback really. It was the best piece of post to receive, a lot more exciting than the usual boring bills and everything else."

The artwork was the first of two she had created for the Queen.

Lady-In-Waiting Mary Morrison wrote to the artist declaring the monarch's gratitude, adding: "I am to thank you for the warm sentiments you expressed and for your thought for The Queen at this time."

An illustration of Her Majesty hand in hand with Paddington Bear was inspired after the artist watched the televised Jubilee celebrations featuring the famous character having tea with the Queen.

The image went viral on social media after she posted it online with thousands of people requesting a copy including actor Hugh Bonneville, who starred in the Paddington films.

"The amount of love for this piece has been truly overwhelming and it's very surreal," added Ms Tomlinson.