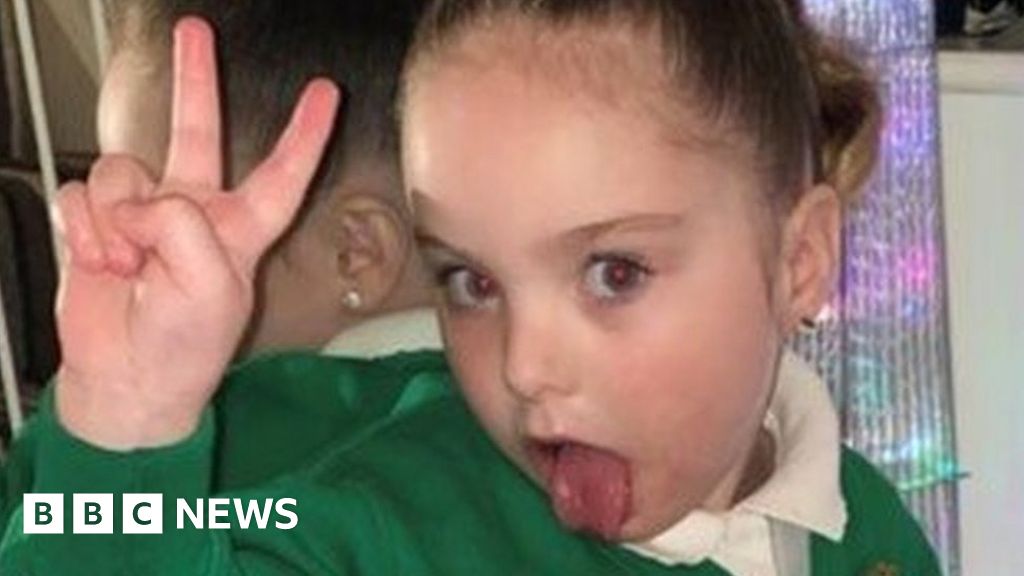 A three-year-old girl who was killed when two cars crashed on a motorway was a "clever little girl who was very funny", her family has said.

Faye Dawson, of Wallasey, Merseyside, died on Saturday after the car she was travelling in collided with a Porsche on the M6 near Leyland in Lancashire.

Paying tribute, her family said: "We can't see the future without you, it has left a massive hole in our lives.

"Everyone says how precious their daughter/granddaughter is but you were an exception, you were such a clever little girl who was very funny and had us all laughing all the time.

"You were so loving and caring and above all very loved by everyone who met you.

Faye was in a Vauxhall Mervia with her mother and a man, who both suffered serious injuries, while the 79-year-old man was driving a Porsche Boxster.

Two other adults were taken to hospital with serious injuries after the M6 collision near Preston before 17:50 GMT on Saturday, Lancashire Police said.

Officers say the 79-year-old was driving a Porsche when it was involved in a collision with a Vauxhall in which the girl was travelling.

"This was a traumatic scene for all witnesses and emergency services involved, I would like to pass on my thanks for their dedication in dealing with an incident which can only be described as horrific."

The motorway was shut for several hours while repairs were made to the southbound carriage between junctions 29 and 28.