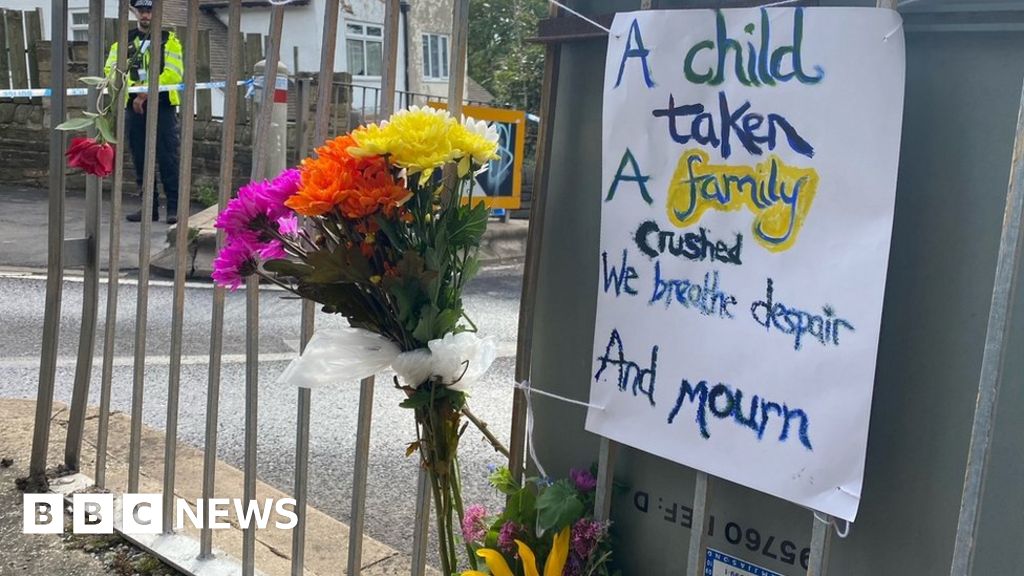 A 16-year-old boy has been arrested on suspicion of murder after a 15-year-old boy was stabbed to death outside a Huddersfield school, police have said.

The 16-year-old was arrested at an address in the town shortly before 05:00 BST on Thursday, West Yorkshire Police said.

Officers were called to the scene, on Woodhouse Hill, in the Fartown area, at about 14:55 BST on Wednesday.

The teenager was taken to Leeds General Infirmary where he died a short time later.

He said the school would remain closed until 10:30 and then open to offer support to pupils until 14:00.

In a statement to parents, he said: "Our deepest sympathies go out to the pupil's family and friends who must feel, as we do, completely devastated.

"They have lost a loved one and we have lost a wonderful student from our school community."

Afiya Mahmood, who lives nearby, witnessed the aftermath of the stabbing, which she described as "really distressing".

"I'm so shocked that the perpetrators did this in daylight at thee o'clock with loads of people about. They had no care for people or children around. It's disgusting."

Ms Mahmood said her children, who attend another school, had to walk past the scene.

"They're under eight and we had to actually lie to them and say it was a car accident," she added.

Billy Shankland, who has a child at the school, said: "I can't imagine what the family is going through.

Speaking on Wednesday night, Det Supt Marc Bowes said: "We will be carrying out extensive enquiries to establish the full circumstances surrounding this incident that has resulted in the absolutely senseless loss of a young life.

"We have already identified a number of witnesses to the incident itself but would still like to hear from anyone who has any information that could assist the investigation."