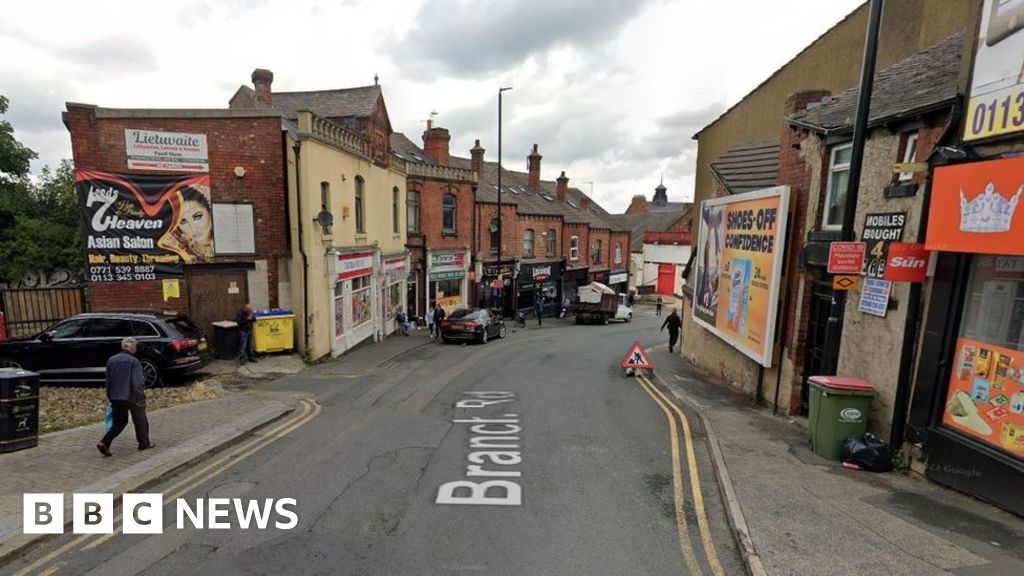 A 29-year-old man is in a critical condition in hospital after being stabbed in Leeds, police have said.

Emergency services were called to Branch Road, Armley, at about 22:50 GMT on Monday, where they found the victim with multiple stab wounds.

West Yorkshire Police said it was treating the incident as attempted murder.

The force said it understood the man had been assaulted by another man in nearby Town Street at about 22:40 GMT.

Det Ch Insp James Entwistle said: "The victim has received serious stab wounds, including to his back, chest and neck, and remains in a critical condition in hospital.

"The level of injury that has been caused and the circumstances that we have established so far means we are treating this incident as attempted murder.

"We are continuing to carry out enquiries to build of a full picture of exactly what has happened, and we would like to hear from anyone who witnessed any part of the incident."