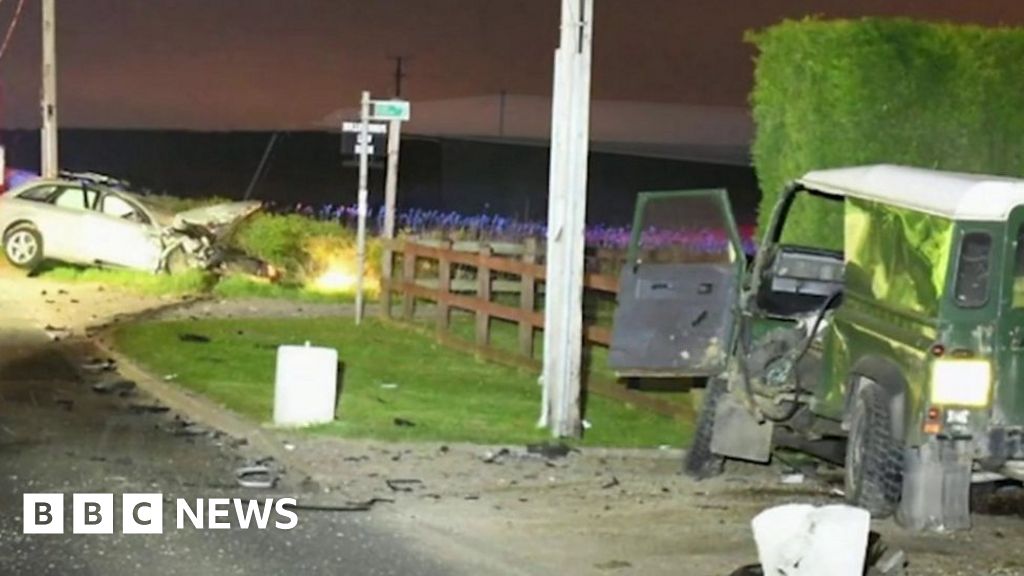 Police have released a video to warn of the potentially deadly consequences of driving after taking alcohol or drugs over the Christmas period.

Ms Palmer, who was 22 weeks pregnant at the time, talks about the lasting impact the collision has had on her.

As well as being jailed or losing a licence, in the worst-case scenario, perpetrators would have to live with the knowledge that they had seriously injured or killed someone, the force said.

The driver involved in the crash with Ms Palmer was convicted of failing to provide a specimen for analysis for alcohol or drugs and was jailed for 12 months and banned from driving for three-and-a-half years, a spokesperson added.

'Think how you would feel'

Insp Chris Robinson, from the force's roads policing unit, said: "We talk a lot about the consequences and cost for the offender because it is their behaviour that we need to change, but Tanya's story really brings home the impact that drink and drug-driving have on other innocent road users.

"If you're someone who sometimes drives while over the limit, then I would ask you to think how you would feel if you were involved in a collision with someone like Tanya."

West Yorkshire Police said its 2022 campaign had been extended to include the start of the World Cup in Qatar.

During last year's campaign - which ran throughout December - there were 221 arrests for drink-driving, 95 arrests for drug-driving and 19 arrests for failing to provide a sample.