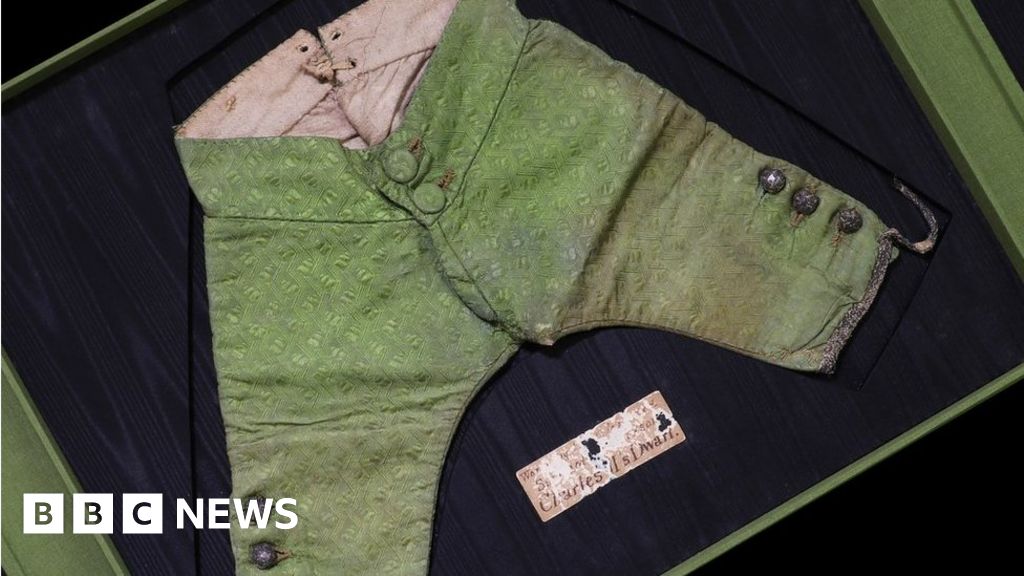 A pair of trousers thought to have been worn by a 17th century court dwarf has sold for almost £10,000 at auction.

They were sold, together with an old inscribed card, as part of the Jan Finch collection at Sworders Auctioneers, in Stansted Mountfitchet.

He was first noticed by the court at the age of seven, when he was served up in a pie wearing a suit of armour as a gift to the Queen, wife of King Charles I.

Sir Jeffrey was thought to have been given to the wealthy Duchess and Duke of Buckingham by his parents as his way out of poverty.

The Duke was determined to ingratiate himself with the royals and gave Sir Jeffrey to the Queen.

However, he formed a bond with the Queen and was given some schooling. He also learned to hunt and shoot at the age of 14.

Early on in the English Civil War, Sir Jeffrey fled to France with the Queen but was banished from her court when he killed a man in a duel.

In 1644, as he was returning to England his ship was captured by north African Barbary pirates and he was enslaved for 25 years.