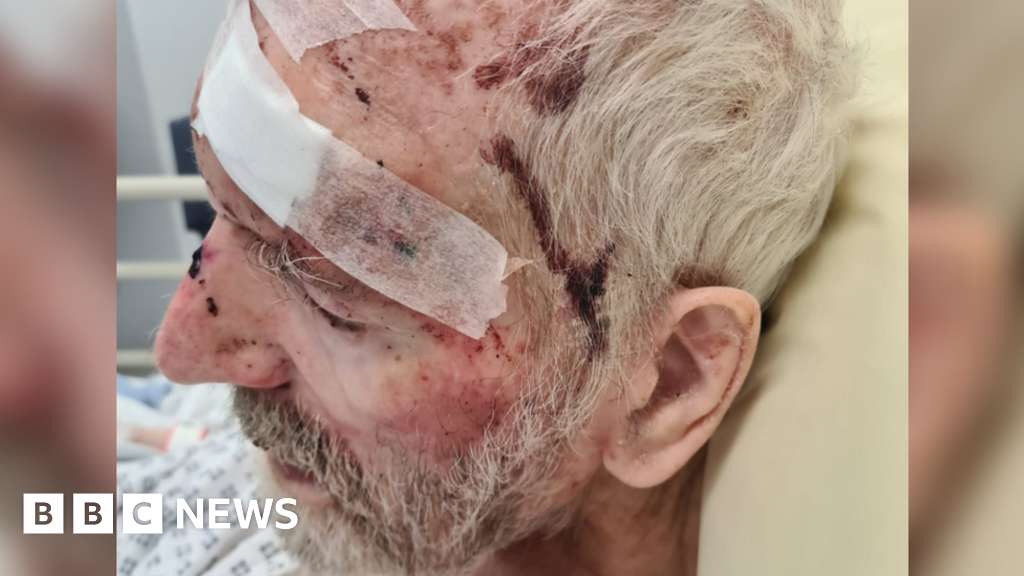 James Hand's family said a radio was smashed over his head and his fingers were nearly bitten to the bone during the attack.

"He smashed his radio over his head, he ripped the call bell out the wall, the pressure pads which should have sent an alarm out weren't working.

"How he didn't kill him I have no idea - the radio was very heavy and weighty and he had that bashed over his head multiple times.

"He was bitten on his head, which meant he required stitches, he bit his fingers right down to his bone and may need plastic surgery or skin grafts on his hands."

Meadows Court said the alarm call bell in Mr Hand's room was deliberately broken in the attack and staff did not hear any sound coming from the room.

A spokesperson said: "Staff took immediate action when they were alerted to a resident in distress, including administering first aid and alerting the authorities.

"Providing quality care to our residents in a safe environment is our absolute priority and while this was clearly a distressing event, multiple investigations - including by Leicester City Council and the Care Quality Commission - have confirmed that the home's staff acted appropriately before, during and after the incident in September."

A Leicestershire Police spokesperson added: "Following an investigation and medical assessment, it was determined that the man arrested was not fit to be interviewed in relation to the offence or to be subjected to any potential legal proceedings.

Ms Dolman said: "He's loved moving to the new home, he's had his haircut, gets freshly shaved, looks nice and clean and is so happy - it's amazing to see.