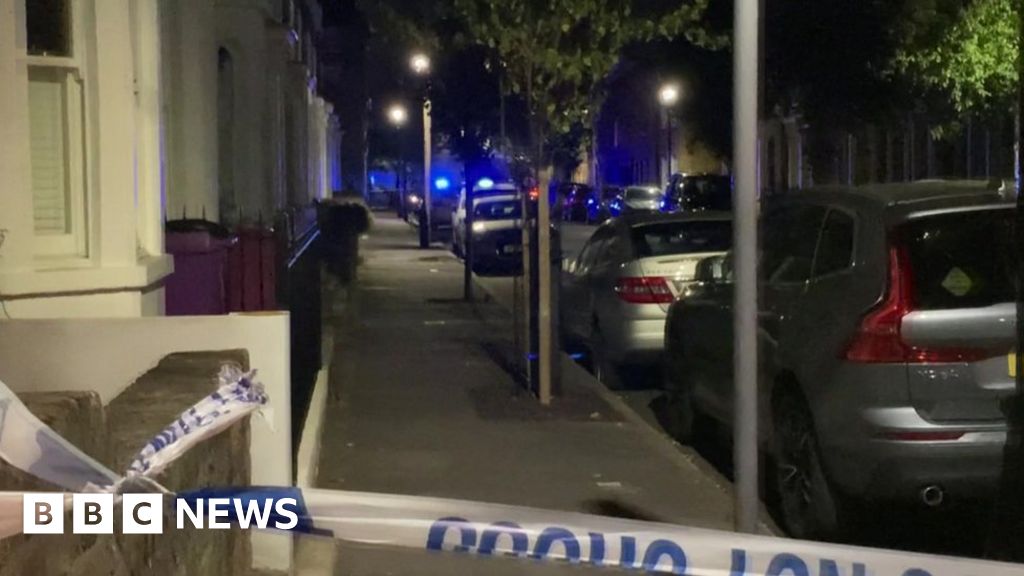 Two people were taken to hospital with stab wounds, the Metropolitan Police said

One person was stabbed to death and another seriously wounded during a violent disturbance in east London.

The Met Police was called to a fight "involving a large number of people" at Lichfield Road in Bow shortly after midnight.

Two males were taken to hospital with knife wounds but one, who is believed to be aged 17, was pronounced dead at 01:45 BST, the force said.

The second, thought to be 18 years old, remains in a critical condition.

The Met said an investigation was under way but no arrests had been made.