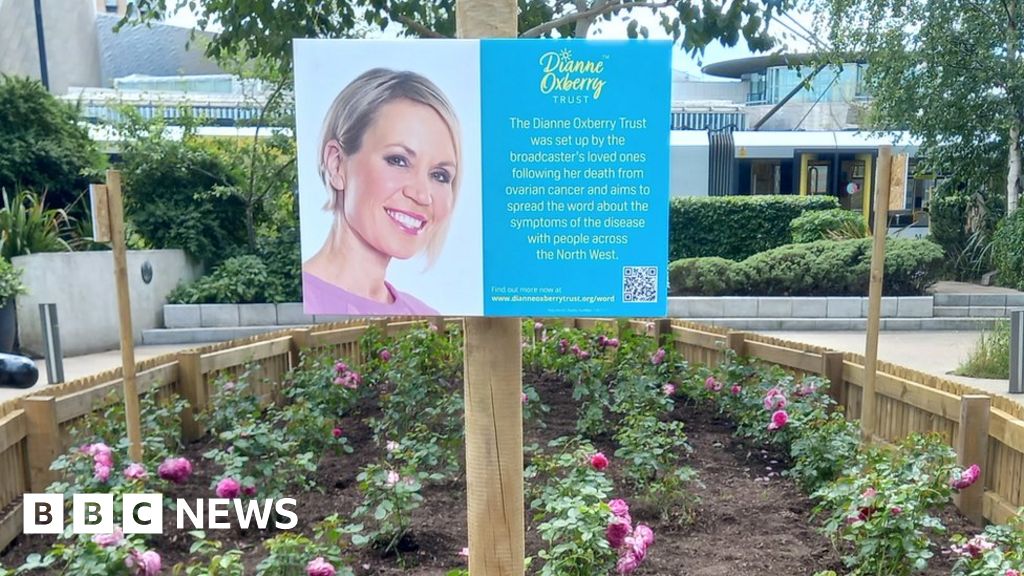 A rose garden has been officially opened in memory of BBC broadcaster Dianne Oxberry outside the BBC studios in Salford.

The garden was opened by BBC Breakfast host Sally Nugent and Oxberry's widower Ian Hindle, who said it was "an incredibly moving day".

"These days are very hard because it brings all the good and but also bad memories of when she was in hospital."

He said he hoped the garden would raise awareness of ovarian cancer, which he described as a "silent killer".

She then went on to host Saturday morning children's show The 8.15 from Manchester, before presenting the weather at BBC North West Tonight for nearly 25 years.

Mr Hindle, who works as a freelance cameraman, said the "outpouring of grief" after her death showed that viewers "felt like she was part of their family as she was appearing on their TV everyday".

He said he was "honoured" to be invited to name a rose in her honour, which he has called Florida Sunset in memory of holidays they would take on the US coastline.