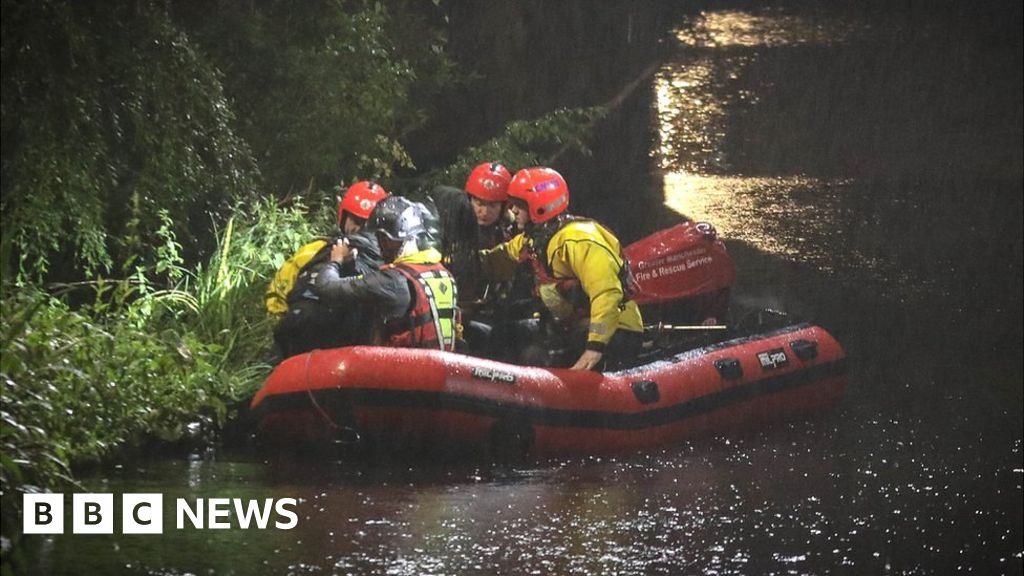 A man who jumped into a canal while in handcuffs was pulled from the water by police.

The 22-year-old entered the Rochdale canal in central Manchester after he was arrested on Friday at 23:30 BST on suspicion of possessing drugs.

Firefighters and police units were deployed near Canal Street to rescue the suspect.

Canal Street, which is known for its bustling nightlife and bars, was cordoned off during the operation.

Canal Street, which is known for its nightlife and bars, was cordoned off during the rescue operation