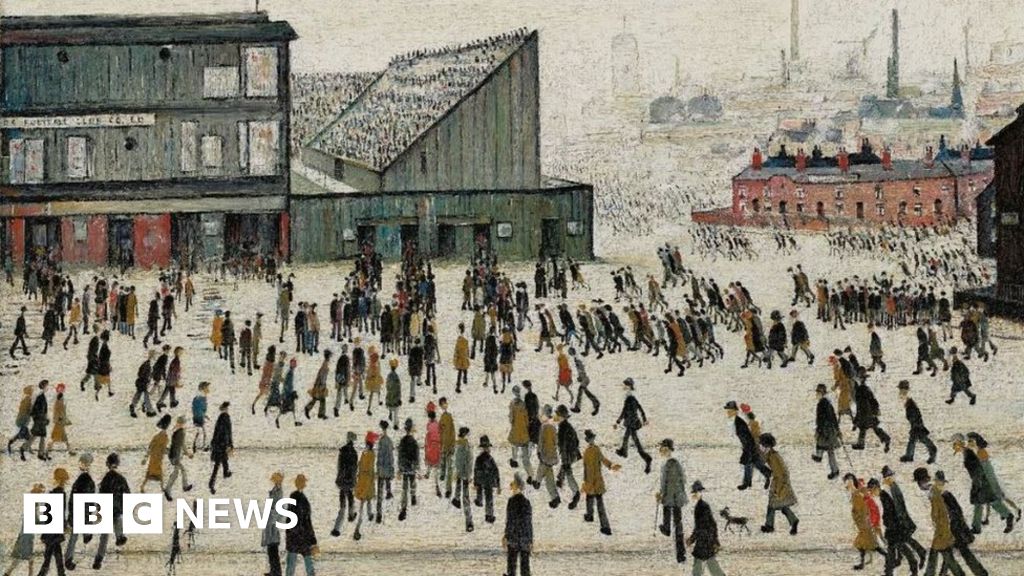 An "iconic" LS Lowry painting has gone back on public display in Salford after it was bought at auction for a record-breaking £7.8m.

The Lowry art centre bought Going to the Match at Christie's last month after the Players Foundation was forced to sell the 1953 piece.

Salford Mayor Paul Dennett, who led a campaign to keep the work in the region, described the moment as a "real victory".

"Going to the Match is a quintessential and iconic LS Lowry painting, and it should rightly be here amongst many of Lowry's painting and drawings," he said.

LS Lowry, who died in 1976, spent much of his life in Salford and his work is strongly associated with north-west England.

Going to the Match, painted in 1953, was one of a number of paintings he did on the theme of sports and was inspired by Bolton Wanderers' old Burnden Park stadium.

The painting had been on public display since the gallery opened in 2000, but was not owned by the venue.

Lowry chief executive Julia Fawcett said: "It was taken off our gallery walls six months ago, it was probably the darkest day in our organisations history, and at that point I don't think we could have dreamed that the painting would come back to us.

"This is an artist who speaks to the north in a way others simply can't. He has a very special place in the hearts of, not just Salford, but right across the north."