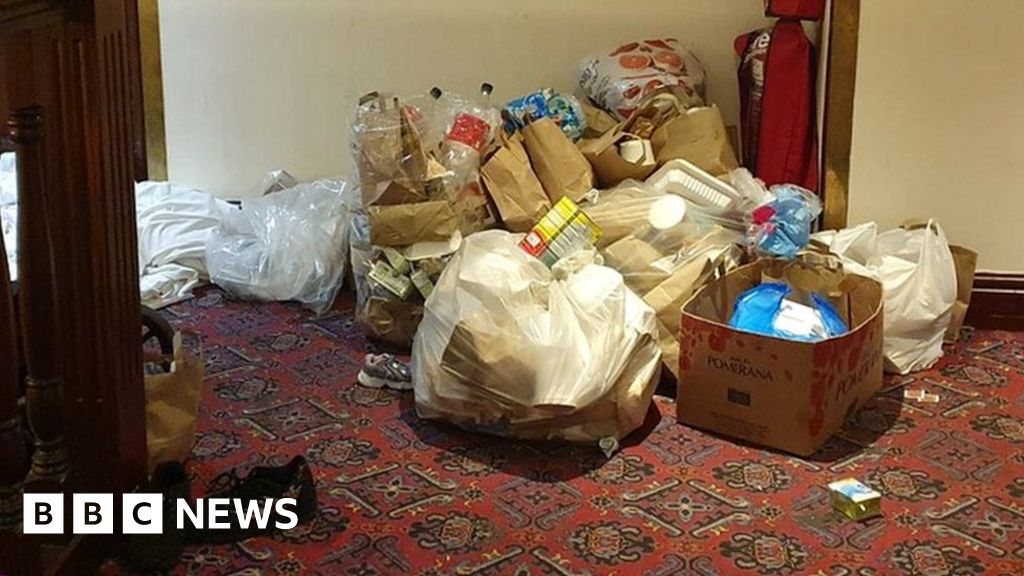 Stockport Council said people were "cooped up" at an unnamed hotel in the town for a number of months, with some residents being treated for scabies.

Council leader Mark Hunter said the town had "provided warm support to asylum seekers, Afghan evacuees and Ukrainians over the past year or so", but both hotel residents and locals were "suffering" due to conditions at the site.

"Asylum seekers have been cooped up… for months and this inhumane treatment acts as a Petri dish for mental health issues in a cohort that are already vulnerable," he said.

"We are aware that there is an outbreak of scabies and it is because of the arrangements we have put in place that individuals are receiving treatment."

However, he said the authority's influence was limited because the residents were there as part of "a contract between the hotel and Serco on behalf of the Home Office".

"We're working closely with Serco, the Home Office and other voluntary agencies to help those people in need," he said.

He said the council had also "expressed concerns to central government, as we don't think this is the right way to do things" and the authority believed too many people were being kept in one location "with inadequate financial and other support for already stretched services".

In an open letter to the council, the Manchester-based charity listed a large number of concerns about cleaning, security, staff behaviour, food, education and freedom of movement at the hotel.

Serco declined to comment on the letter, but a representative said that they could "confirm that there are currently no cases of scabies at this hotel".

The Home Office said the number of people arriving in the UK who require accommodation had "reached record levels and has put our asylum system under incredible strain".

"The use of hotels is a short-term solution and we are working hard with local authorities to find appropriate accommodation," a representative said.

In October, the Home Affair Committee was told the UK was spending nearly £7m daily on hotels for asylum seekers and the cost was expected to rise.