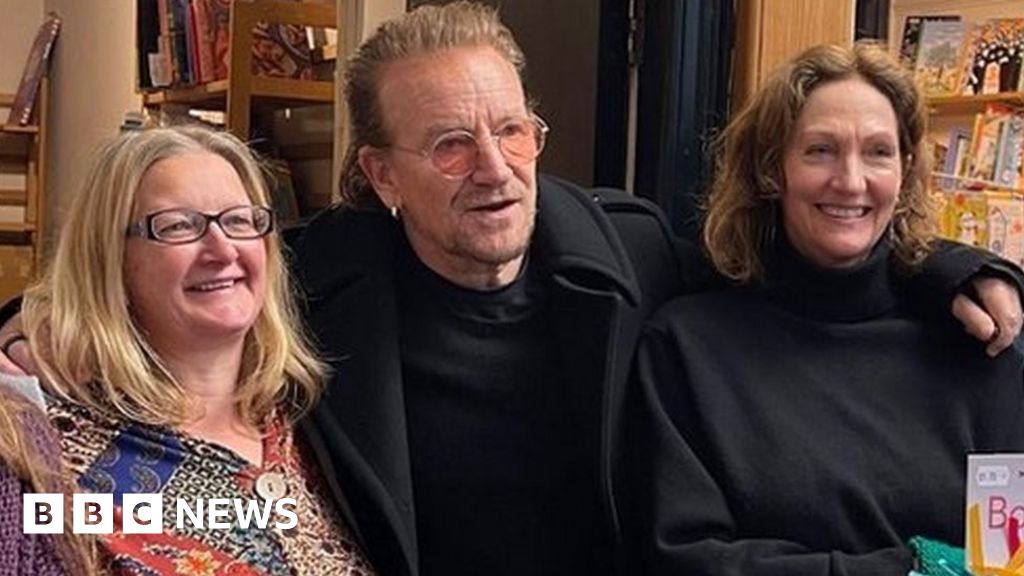 An unexpected call turned out to be the sweetest thing for a bookshop after it hosted a visit from a music superstar.

Jo Legerton, who works at Manchester's Chorlton Bookshop, said she thought it was "a hoax" when someone rang to say Bono would be visiting on Saturday.

However, it ended up being a beautiful day as the U2 singer popped in for 45 minutes, ahead of his show in the city.

Ms Legerton said she jokingly asked if he had a desire to do Christmas shifts at the shop, but he sadly declined.

The singer was in Manchester as part of his tour promoting his new book, Surrender: 40 Songs, One Story.

Ms Legerton, who has worked at the small independent bookshop for 16 years, said staff had been sworn to secrecy after getting a phone call on Friday from his publisher.

"We just thought 'this is a hoax' and that someone was winding us up," she said.

She said far from having mysterious ways, the singer had been very down to earth and had enjoyed a cup of tea and a a slice of parkin which had been made by one of her colleagues.

She added that he even had time to buy "a massive pile of books" before heading off for his show at Manchester's O2 Apollo.

"He was so lovely and patient and he was chatting to us all," she said.

She said his visit had been magnificent, adding: "You don't get much more iconic than Bono."