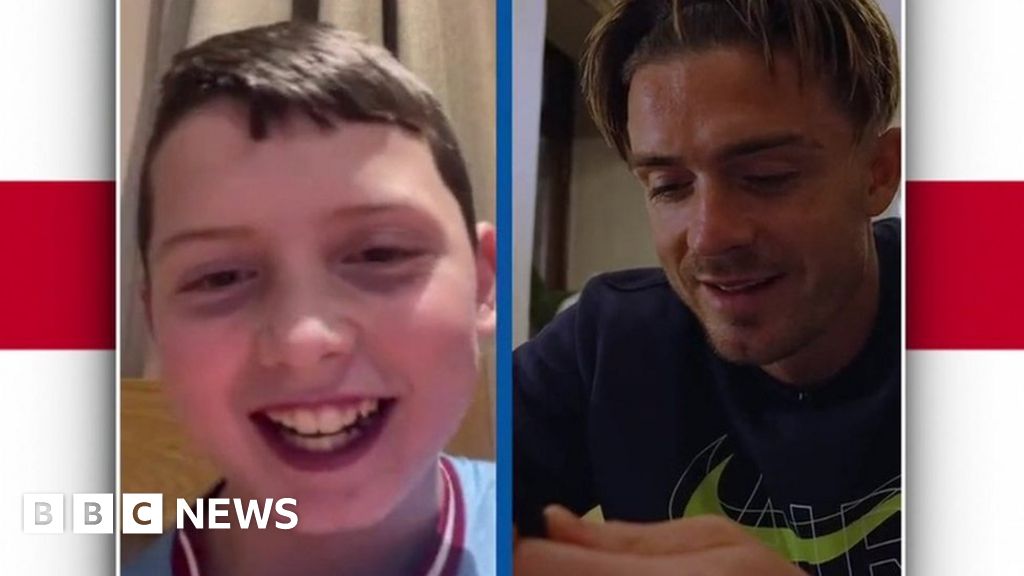 He told Finlay that he was "buzzing to get a goal and then I could do my little celebration just for you".

Finlay, who has cerebral palsy, wrote to Grealish earlier in the year and referenced the player's close bond with his sister Holly, who also has the condition.

On the call on Tuesday, which was tweeted by England, Finlay told his favourite player that he thought he had forgotten about his promise, but Grealish revealed that he had "nearly scored last week against Chelsea" and had intended to do the dance at that point, but had not had the chance.

"To be fair, I didn't think I was going to score yesterday, because the game was a bit gone by the time I came on, but I was buzzing to get a goal and then I could do my little celebration just for you," he said.

The forward said it was "hot", but it was "nice out here", to which Finlay replied: "I hate this UK weather, I wish I could have been in Qatar."