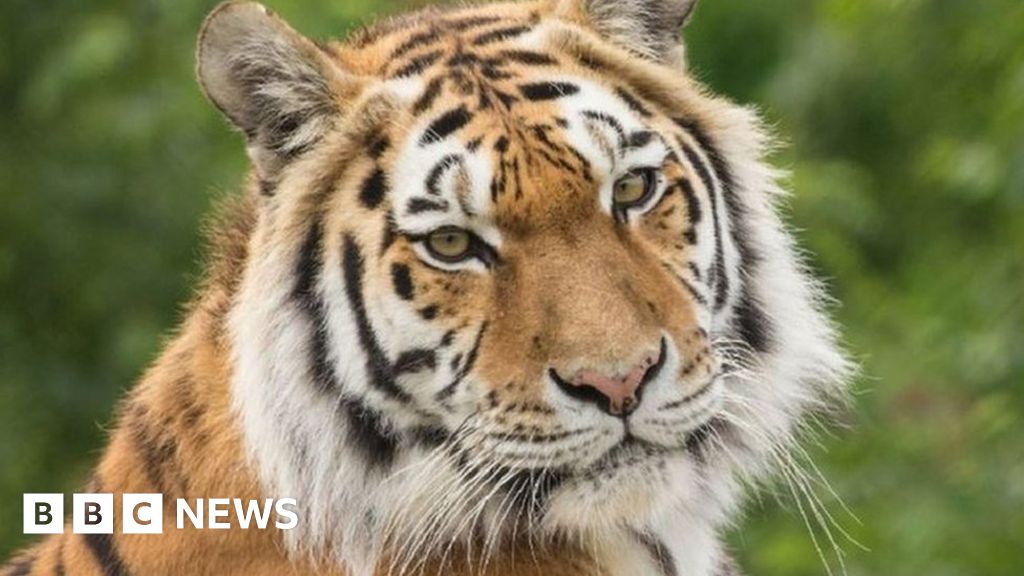 The park said that due to the "speed of the incident, there was unfortunately nothing that could be done"

They said the tigress had been at the park for 12 years and and staff "will all miss her greatly".

Only about 500 members of the species, which is native to eastern Russia, north-east China and North Korea, remain in the wild.

Wild Amur or Siberian tigers typically live for up to 15 years, while those in captivity can survive for about another decade.

The park representative said Miron arrived at the park in 2020 and had been successfully mixed with Sinda on previous occasions.

"This introduction, like previous ones, was carefully managed by our expert animal team, taking into account each tiger's behaviour and following the same rigorous procedures," they said.

However, they said that due to the "speed of the incident, there was unfortunately nothing that could be done to intervene and Sinda died instantly from her injuries".

They said such incidents were "not uncommon during mixing of big cats and the reason is often not known".

They added that Miron's continued welfare was the park's "priority" and it would work with the body which oversees the breeding scheme "to assure his care continues and his needs within the programme are met".