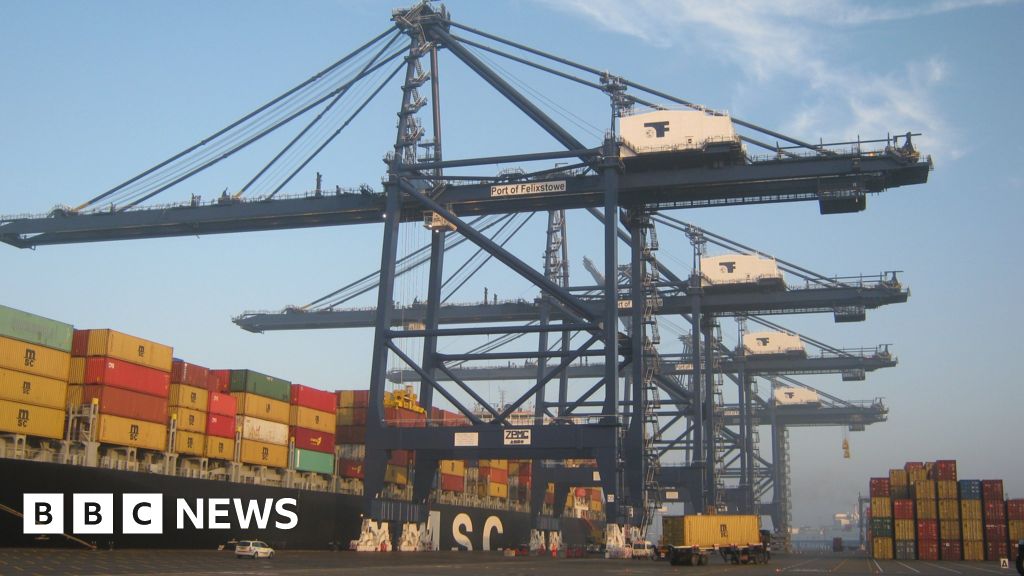 New controls on EU foodstuffs had been due to be introduced in July but they have been postponed by the government.

"If the government then turn around and say 'we're not going to introduce them' it's a problem for business."

The uncertainty has also cost councils money, including East Suffolk District Council, which covers the Port of Felixstowe, as they had to prepare for the checks by employing more people "to manage post-Brexit border checks on EU food imports".

A council spokesman said: "However, following the announcement of a delay to implementation, we are now exploring a range of options to help us address a highly challenging situation.

"No decision has yet been taken and we are keeping staff informed as best we can."

"We have always had a commitment to border checks and at the moment our exports are being checked but our imports aren't. That is not good enough," he said.

The British Veterinary Association (BVA) was worried about an outbreak of African swine fever (ASF) among pigs on the continent and he said not having full checks on livestock was dangerous.

"There is a real concern that disease could encroach within the country and therefore we want to do everything we possibly can to minimise the risk."