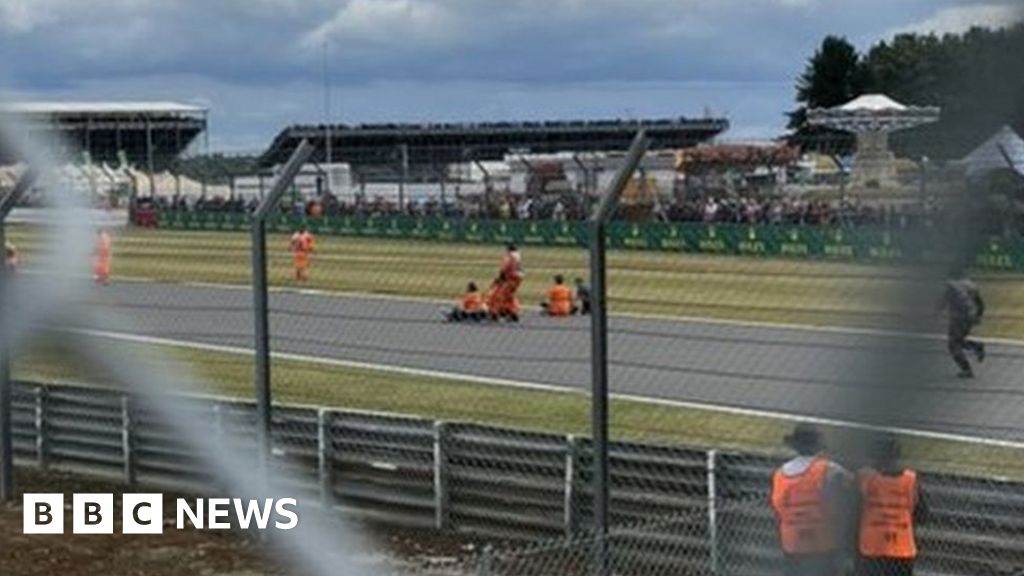 Seven people were arrested following a track invasion after a red flag at the beginning of the British Grand Prix.

Northamptonshire Police said it was "really disappointed" that the group made the "incredibly dangerous decision" to enter the Silverstone track on Sunday.

It added that they were "swiftly removed and arrested" by its officers.

Just Stop Oil tweeted that it was demanding the government "stop all new fossil fuel licensing".

An eyewitness said the protesters had "stormed the fence on the first lap".

"[It] was a heart in mouth moment as they ran on and the cars came round the corner," she said.

Ch Insp Tom Thompson said: "I'm really disappointed that this group of people ignored our warnings prior to race-day and made the incredibly dangerous decision to enter the track.

"We offered to facilitate a peaceful event at the circuit but they instead chose to put the lives of the drivers, marshals and volunteers at risk. It is incredibly disappointing that anyone would make the decision to do this.

"Thankfully we had plans in place for an eventuality such as this and the group were swiftly removed and arrested by our officers."