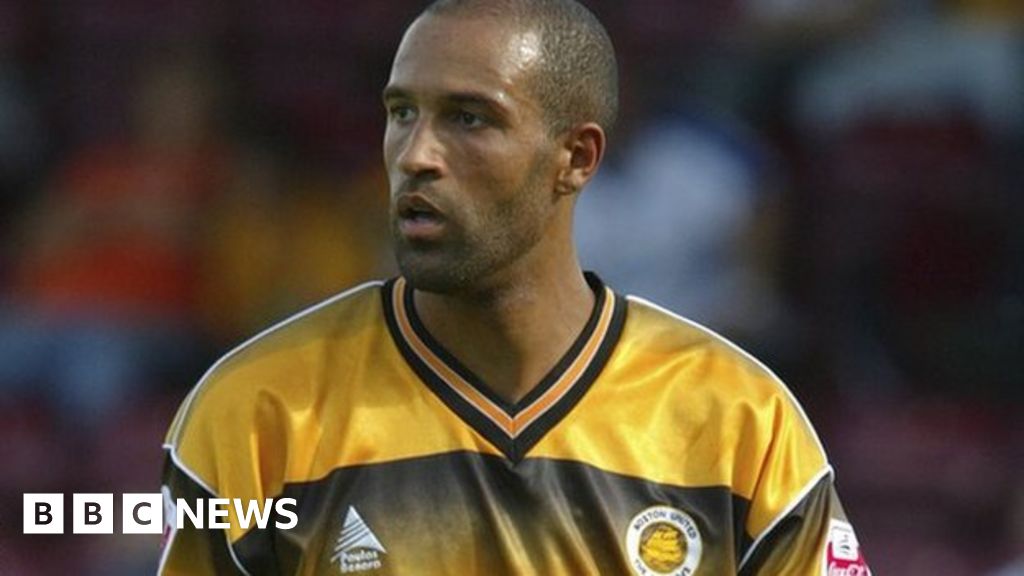 He scored more than 100 league goals in a career lasting more than two decades, and now works with the Professional Footballers' Association (PFA) on equality and diversity.

While Mr Baddiel had previously apologised publicly, Mr Lee said it was important to have an in-person discussion so he could share directly how the abuse had made him feel.

"Without actually having that conversation face-to-face, I don't think any of it really counted for me," he said.

"He's apologised numerous times over the years, but unless you're looking somebody in the eye and saying it to that person, it's really not impactful.

"I know it's taken a long time, but to have David come in, on my terms really, into my podcast studio, and take some ownership of that conversation... it was really important."

He said having the conversation with Mr Baddiel - which also features in his documentary on racism, Jews Don't Count, that aired on Monday - "was beneficial to both of us".

"[The] apology's great - I do feel that his body language, the anxiety he had to suffer to come and meet me was all genuine.

"I do a lot of restorative work, it's a full-time job for me, [and] you have to give people the opportunity to say they're sorry and move forward."

Mr Lee said the quick apology from Sky Sports "shows that there have been some learnings" from show's previous era, but said any scrutiny should not just fall on presenters.

"You're all part of a production team, somebody needs to be able to identify and to step in and say 'hold on a minute, maybe you're crossing the mark, you're going too far'."

"If it can ensure that you don't make a grave error in the workplace or upset somebody, a colleague, just because you have a lack of cultural awareness, then it's worthwhile," he said.