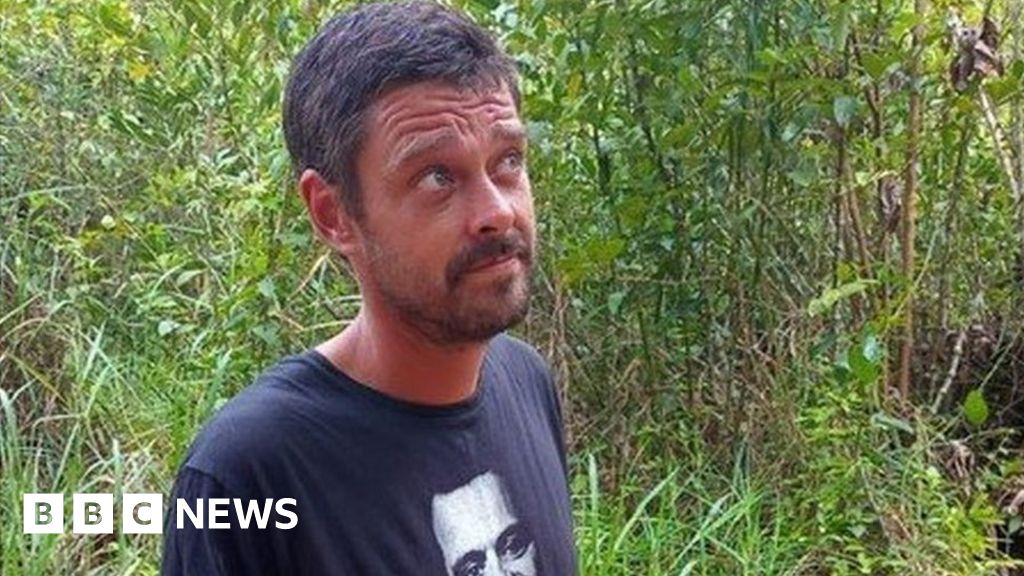 The father of a man who is missing and presumed dead in Brazil says he will not have closure until a body is found.

His father Mike, 71, told the BBC he had heard reports his son was murdered by a gang but any motive was unclear.

He was last seen having dinner with a neighbour in a local bar called Rosagela's before heading home. He left a voicemail message for his friend and was not heard from again.

His father said four days later his pregnant girlfriend, who was staying with her mother at the time of the disappearance, received ominous text messages.

Mike Hemsley said: "She got messages saying 'don't you realise your husband's been killed? What are you doing about getting justice?'"

The BBC has been informed police arrested a man for an unrelated crime, who confessed to having seen the murder of Matthew by gang members, but has yet to verify this.

Police conducted searches of the area and are looking for further suspects. Interpol has also been informed.

Matthew's passport was found on the farm and his bank account has not been used since his disappearance.

Mike Hemsley said: "There's no rationale at the moment, and unfortunately it may have been robbery or any number of motives, but it's not known at this point."

He added: "It feels very odd to have lost your son. It doesn't feel right to me. I am struggling. Things seem so trivial now.

"[The discovery of a body] would give some kind of closure. Somebody must know where it is."

"It might stop me feeling the guilt that I feel that... if I'd known he was living in such a lawless place... he wouldn't have been out there," he added.

An FCDO spokesperson said: "We are providing consular support to the family of a British man who was reported as missing in the state of Bahia, Brazil, and are in contact with the local authorities."