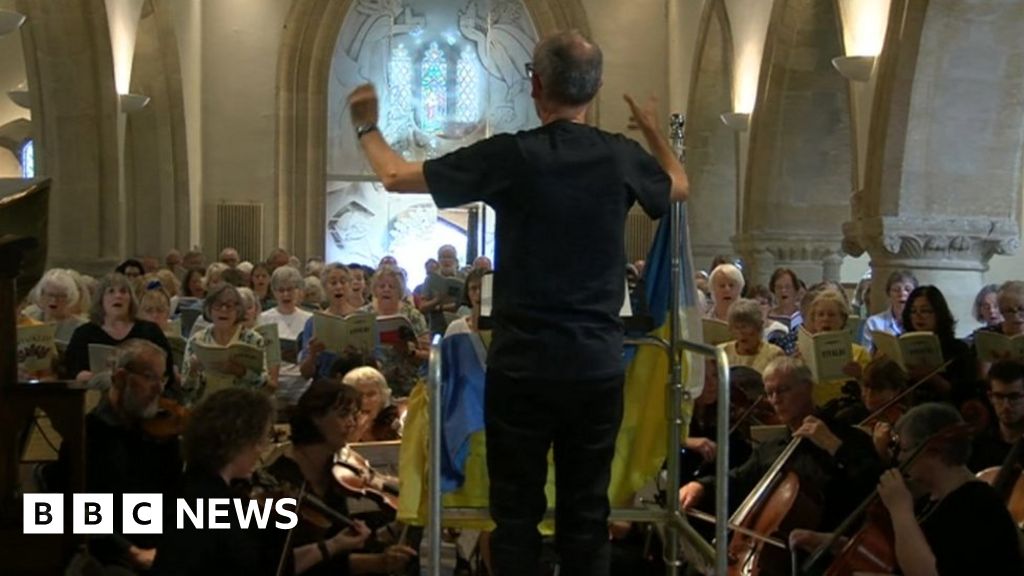 People in Islip and nearby villages have welcomed eight refugee families into their homes, and the funds will support them and another three families whose visas are being processed.

Hannah, who is from Ukraine and is hosted in Islip, told the BBC it was important to sing pieces of Ukrainian music and that the songs were from "the heart of Ukraine".

"When we come to Islip in England, we [get] a lot of help," she added. "I'm very thankful to people in Islip.

David Blackwell, the organist for the church, led the choir and told the BBC that the group had never come together as a choir before.

"It's always difficult with people you don't know, but I thought they did really well," he said.

He added that he organised the event because he wanted to do something to help the families from Ukraine with the cost of things they needed.